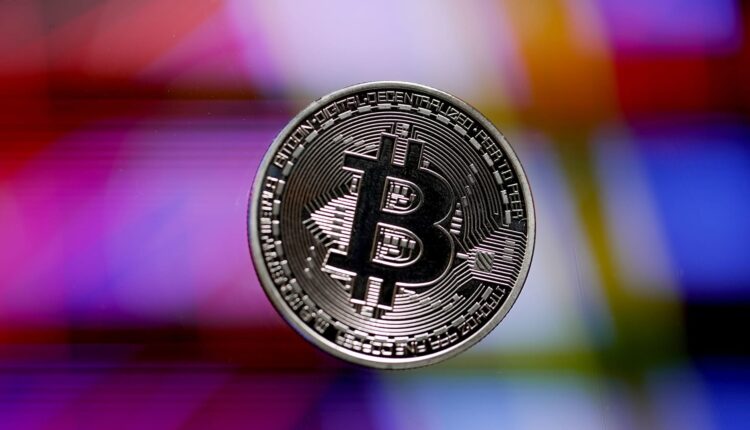 A visual representation of Bitcoin cryptocurrency.

Cryptocurrency companies dominated the main street at the World Economic Forum in Davos this year, a notable difference between this edition and the last one in 2020.

The high-profile presence from the industry came even as the cryptocurrency market crashed. It was sparked by the collapse of the so-called algorithmic stablecoin called terraUSD or UST, which saw its sister token luna drop to $0 in May.

Meanwhile, global regulators are setting their sights on the cryptocurrency industry.

WEF is the annual gathering of global business leaders and politicians that aims to set the agenda for the year.

Against that backdrop, it was the perfect time to catch up with some of the big players in the cryptocurrency industry. Here’s what I learned.

Thousands of cryptos could collapse

There are currently over 19,000 cryptocurrencies and dozens of blockchain platforms in existence.

Blockchain is the technology that underpins these digital currencies and platforms include Ethereum, Solana and many others.

Many of the industry executives see the current state of the market as unsustainable.

Brad Garlinghouse, CEO of cross-border blockchain firm Ripple, predicted there may only be “scores” of cryptocurrencies left in the future. He said there are around 180 fiat currencies in the world and there is not really a need for that many cryptocurrencies.

Betrand Perez, CEO of the Web3 Foundation, likened the current state of the market to the early internet era, and said there were lots of “scams” and many “were not bringing any value.”

Brett Harrison, CEO of cryptocurrency exchange FTX U.S., said there are “a couple of clear winners” when it comes to blockchain platforms.

Stablecoins: Talk of the town

You may have heard of stablecoins. They’re a type of cryptocurrencies which are supposed to be pegged to a real world asset.

In practice, stablecoins like tether or USD Coin, which aim to mirror the U.S. dollar one-to-one, are backed by real assets such as currencies or bonds. They hold a reserve of these assets in order to maintain a dollar peg.

You may have also heard about the debacle surrounding a terraUSD or UST. This is a so-called algorithmic stablecoin. Instead of maintaining its peg by having a reserve of assets, it aims to mimic the U.S. dollar and maintain stability through a complex algorithm.

But that algorithm failed and caused terraUSD to lose its peg and collapse.

The crypto industry tried to warn users to make sure they know the difference between an algorithmic stablecoin, like terraUSD, and others that are backed by assets.

Everyone wants to be more more involved with crypto now, no one is ignoring the industry anymore.

The terraUSD collapse “made it very clear to people that not all stablecoins are created equal,” said Jeremy Allaire, CEO of Circle, one of the companies behind the issuance of USDC.

“And it’s helping people differentiate between a well-regulated, fully reserved, asset-backed dollar digital currency, like USDC, and something like that (terraUSD).”

Believe it or not, the cryptocurrency industry welcomed the recent market crash, which saw major tokens like bitcoin fall more than 50% from their all-time highs.

“We’re in a bear market. And I think that’s good. It’s good, because it’s going to clear the people who were there for the bad reasons,” said the Web3 Foundation’s Perez.

This sentiment was echoed by other executives too, who say the massive rally in prices caused people to focus on speculation rather than building products.

″[The] market, in my personal opinion, became maybe a little bit irrational, or maybe a little reckless to a certain extent. And when the times like that come, [a] correction is normally needed, and at the end of the day [is] healthy,” said Mihailo Bjelic, CEO of Polygon, //descriptor please///.

Regulation is coming but thinking has shifted

Ahead of the World Economic Forum, European Central Bank President Christine Lagarde said she thinks cryptocurrencies are “worth nothing.”

It appeared to me like regulators and authorities were still antagonistic to cryptocurrencies, much like they had been over the past few years at Davos.

But executives said the thinking from regulators, for the most part, has shifted to something slightly more constructive.

“I think we’ve come a long way from three or four years ago when when I literally had just arrived here in the snowy version of Davos and someone said, you know, crypto is still a bad word here. That is no longer the case. So I definitely don’t think ‘antagonism’ would be the right descriptor. I think ‘curiosity,'” Ripple’s Garlinghouse said.

“I think it’s constantly changing both regulators, big enterprises. Everyone wants to be more more involved with crypto now, no one is ignoring the industry anymore,” Polygon’s Bjelic said.

In March, U.S. President Joe Biden signed an executive order calling on the government to examine the risks and benefits of cryptocurrencies. Still, there is no major cryptocurrency regulation in the U.S. and other major economies.

Garlinghouse said that he wants “clarity and certainty” from regulators.

BLOCKv’s Collins, meanwhile, called Lagarde’s comments “ignorant.” He highlighted the tension that still exists between the cryptocurrency industry and some authorities in traditional finance.