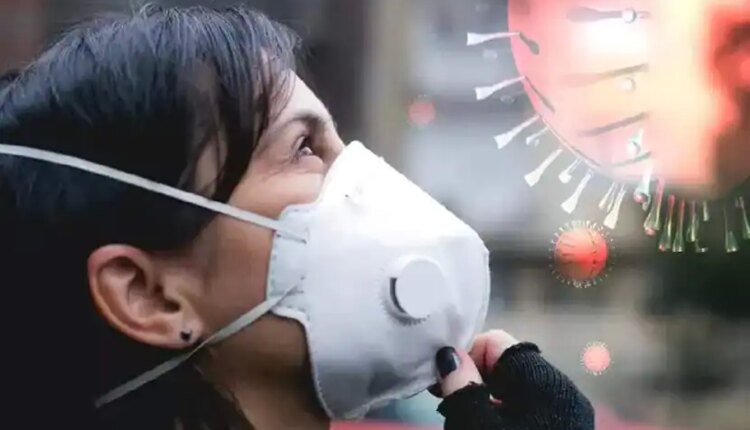 Covid-19 Restrictions: The Delhi High Court on Friday directed strict action against passengers violating rules related to wearing masks and washing hands in airports and aircraft. Along with this, the court said that the Kovid-19 epidemic is not over yet and is raising its head continuously.

The court said that not only should a case be registered against those who violate the rules related to the prevention of Kovid-19, but they should also be fined. The court said such people should be put on the ‘no-fly’ (prohibited flight) list. The High Court made it clear that adequate stringency is necessary to ensure compliance with the rules.

What did the Chief Justice say?
A bench of Acting Chief Justice Vipin Sanghi and Justice Sachin Dutta said that it has been observed many times that the rules are not followed seriously, therefore it is necessary that other agencies including the Directorate General of Civil Aviation (DGCA) ensure compliance of the rules.

The bench said, “For this, the DGCA should issue separate binding instructions to the airlines, so that they empower the employees, air hostesses, captains, pilots and other staff in airports and aircraft to take strict action against those passengers, Those who are found violating the rules related to wearing masks and washing hands.

What order did the court give to DGCA?
The court took note of the submission of DGCA’s counsel Anjana Gosain that the Ministry of Civil Aviation had issued another order on May 10, asking it to ensure strict compliance with the rules of prevention from Kovid-19. Gosain himself is infected with Kovid-19 and attended the hearing through video conferencing.

He said that the rules related to masks are being strictly implemented in airports and planes. “The said order is a step in the right direction, as the pandemic is not over yet and is raising its head continuously,” the bench said.

When will the next hearing in this case take place?
The court said that the guidelines are already there and they are not being followed properly, which is the real problem. The bench said that necessary steps should be taken for implementation of the guidelines and fixed July 18 for further hearing of the matter.

Target Killing: ‘Do not spare those who spread terror, security of Kashmiri and outsiders should be tight’, 10 big things of Amit Shah’s high level meeting

How the U.S. Space Force plans to police outer space