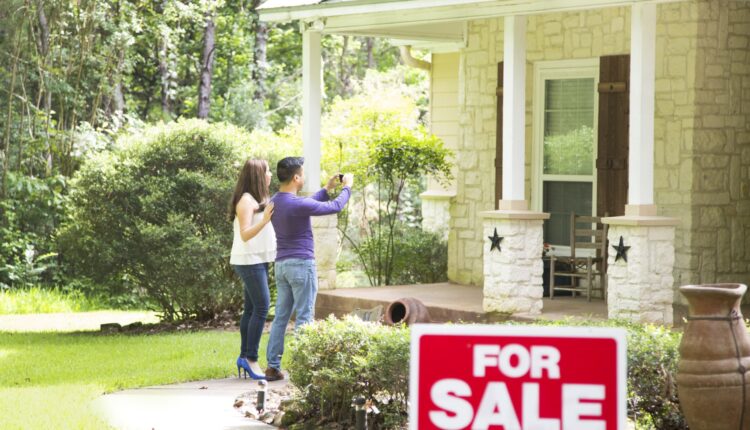 When interest rates rise, it’s common for some homebuyers to explore whether an adjustable rate mortgage would make sense for them.

With an ARM, as it’s called, the appeal is its lower initial interest rate compared with a traditional 30-year fixed-rate mortgage. Yet down the road, that rate can change, and sometimes not to your benefit.

“There is a lot of variability in the specific terms as to how much the rates can go up and how quickly,” said certified financial planner David Mendels, director of planning at Creative Financial Concepts in New York.

More from Personal Finance:
25% of Americans delaying retirement due to inflation
Here’s what you need to know about reverse mortgages
The first financial steps to make after losing a spouse

“No one can predict what rates will do, but one thing is clear — there is a whole lot more room on the upside than there is on the downside,” Mendels said.

Interest rates remain low from a historical perspective but have been generally rising amid a housing market that already is posing affordability challenges for buyers. The median list price of a home in the U.S. is $447,000, up 17.6% from a year ago, according to Realtor.com.

The average fixed rate on a 30-year mortgage is 5.09%, up from below 3% in November and the highest it’s been since 2018, according to the Federal Reserve Bank of St. Louis. By comparison, the average introductory rate on one popular ARM is at 4.04%.

Roughly 9.4% of mortgages were ARMs as of late May, according to the Mortgage Bankers Association. That’s down from earlier in the month (10.8%), but above 3.1% in January.

With these mortgages, the initial interest rate is fixed for a set amount of time. After that, the rate could go up or down, or remain unchanged. That uncertainty makes an ARM a riskier proposition than a fixed-rate mortgage. This holds true whether you use an ARM to purchase a home or to refinance a loan on a home you already own.

If you’re exploring an ARM, there are a few things to know.

For starters, consider the name of the ARM. For a so-called 5/1 ARM, for instance, the introductory rate lasts five years (the “5”) and after that the rate can change once a year (the “1″).

Aside from knowing when the interest rate could begin to change and how often, you need to know how much that adjustment could be and what the maximum rate charged could be.

“Don’t just think in terms of a 1% or 2% increase,” Mendels said. “Could you cope with a maximum increase?”

Mortgage lenders employ an index and add an agreed-upon percentage point (called the margin) to arrive at the total rate you pay. Commonly used benchmarks include the one-year Libor, which stands for the London Interbank Offered Rate, or the weekly yield on the one-year Treasury bill.

There is a lot of variability in the specific terms as to how much the rates can go up and how quickly.

An ARM generally comes with caps on the annual adjustment and over the life of the loan. However, they can vary among lenders, which makes it important to fully understand the terms of your loan.

An ARM may make sense for buyers who anticipate moving before the initial rate period expires. However, because life happens and it’s impossible to predict future economic conditions, it’s wise to consider the possibility that you won’t be able to move or sell.

“I’d also be concerned if you do an ARM with a low down payment,” said Stephen Rinaldi, president and founder of Rinaldi Group, a mortgage broker. “If the market corrects for whatever reason and home values drop, you could be underwater on the house and unable to get out of the ARM.”

Rinaldi said ARMs tend to make the most sense for more expensive homes because the amount saved with the initial rate can be thousands of dollars a year.

For a mortgage less than $200,000, the savings are less and may not be worth choosing an ARM over a fixed rate, he said.