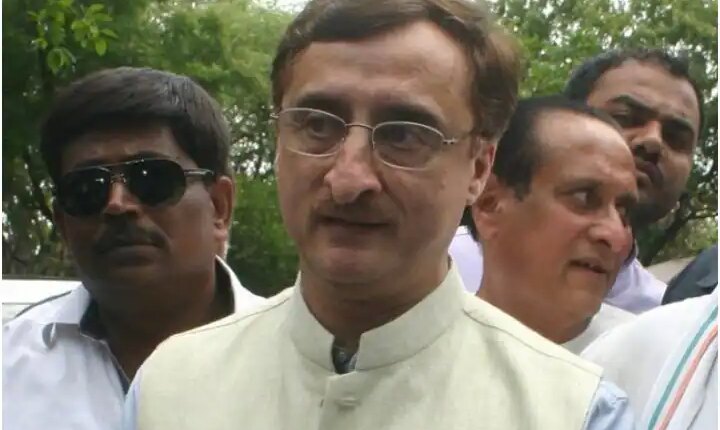 Congress On Target Killings In Kashmir: Congress leader Vivek Tankha has been elected unopposed as a Rajya Sabha MP from Madhya Pradesh on Friday. Vivek Tankha on Friday asked many questions to the government on the Kashmir issue at the Congress headquarters in Delhi. He said that the government should ensure that now there should be no killing in Kashmir and everyone should feel safe.

He alleged that government offices are not secure in Kashmir and terrorists are targeting officials. He said that the pictures of people leaving the valley are scary. He further said that I am also a Kashmiri Pandit, had gone to Madhya Pradesh many years ago, but never broke ties with Kashmir. Whenever any calamity comes, I have gone there. We do not believe in propaganda, nor do we do such things.

He said that the government should formulate its policy to restore normalcy in the Union Territory troubled by the targeted killing of terrorists. Underlining the need for greater sensitivity towards the people of Kashmir, he said normalcy and peace cannot be brought there through propaganda. People are being murdered in government offices, even government offices are not safe. Please take them (pandits and outsiders) to safe places immediately and make security arrangements around them.

Give back statehood to Kashmir

He said that when I went to Kashmir, people from every community told that the people of Kashmir are not getting contracts. Getting people from outside. Give back statehood to Kashmir, 50% confidence of the people will come back. People who are demanding there. After that conduct elections there. We are discussing the budget of Kashmir while this work belongs to Kashmiris.

Propaganda will not cure Kashmir

Vivek Tankha, while targeting the BJP government, said that BJP thought that propaganda would fix Kashmir, if this was the case then Hitler would have won the world. Today, target killing is happening in Kashmir. Whose responsibility is it for the safety of thousands of people, it is not the government’s. Why such a situation was created there, after 30 years such a situation should not have happened. Now you can’t say what happened in 1950, or after. Now the country wants to ask you what you are doing. Kashmir is our part, no one can take it from us. Appeal to the central government to take every necessary step, take the other party in confidence.

Target killings on the rise in Kashmir

Let us tell you that on Thursday, in Kulgam district of Jammu and Kashmir, a terrorist entered the bank and shot dead a bank employee having links with Rajasthan. This is the eighth case of target killing in the last one month. Terrorists shot dead Rajni Bala, a Hindu teacher from Jammu’s Samba district, three days ago on May 31 in Gopalpur in Kulgam district.

Rajya Sabha Election 2022: All 11 members of Rajya Sabha elected unopposed from UP, including Kapil Sibal and Jayant Chaudhary