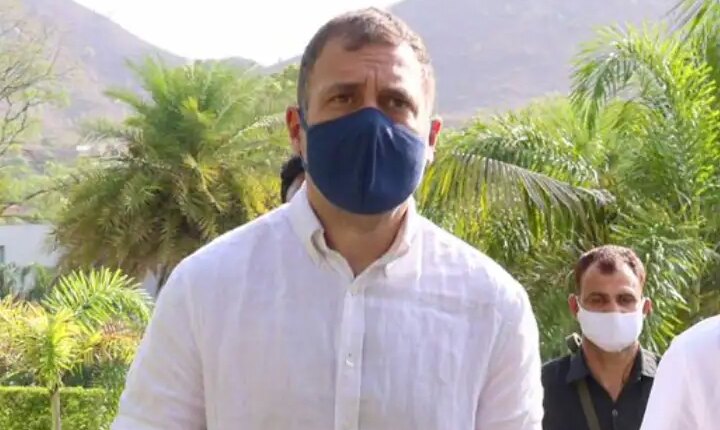 Rahul Gandhi Targets BJP Government: This is the third time since May 1 in Jammu and Kashmir that a non-Muslim government employee has been targeted by terrorists. Now in Kulgam district, on Thursday, a terrorist entered the bank and shot dead a bank employee belonging to Rajasthan. Congress leader Rahul Gandhi has targeted the central government regarding the increasing incidents of target killings in Kashmir.

He tweeted and wrote that bank managers, teachers and many innocent people are being killed everyday, Kashmiri Pandits are migrating. Those who have to protect them, they do not have time to promote the film. The BJP has only made Kashmir its ladder of power. Take immediate steps to establish peace in Kashmir, Prime Minister. Through this tweet, he targeted Home Minister Amit Shah in gestures. Shah had watched Akshay Kumar starrer “Samrat Prithviraj” at a special screening here on Wednesday.

Earlier on Wednesday, Rahul Gandhi had surrounded the BJP on this issue. He had said that in the last 5 months in Kashmir, 15 security personnel were martyred and 18 civilians were killed. Yesterday also a teacher was murdered. Kashmiri Pandits are on dharna for 18 days but BJP is busy celebrating 8 years. Prime Minister, this is not a film, it is the reality of Kashmir today.

This is the eighth case of target killing in a month

Let us tell you that since May 1, a non-Muslim government employee has been murdered in the Valley for the third time. At the same time, this is the eighth case of target killing in the last one month. Officials said that Vijay Kumar was the manager in Areh Mohanpora branch of Elakai Dehati Bank in South Kashmir district. He was seriously injured and died on the way to the hospital. He was a resident of Rajasthan. He started working in the Kulgam branch just a week ago. He was earlier working in the Kokernag branch of a bank co-owned by the Central Government, Jammu and Kashmir Administration and State Bank of India.

Hindu teacher was also murdered on 31st May

It is worth noting that two days ago on May 31, terrorists had shot dead Hindu teacher Rajni Bala of Samba district of Jammu in Gopalpur in Kulgam district. At the same time, on May 12, government employee Rahul Bhatt was shot dead inside the Tehsildar’s office in Chadoora tehsil of Budgam district.