Congress In UP: ‘I Will Work Twice As Hard, Till We Win, Will Keep Fighting’, Said Priyanka Gandhi Vadra In UP 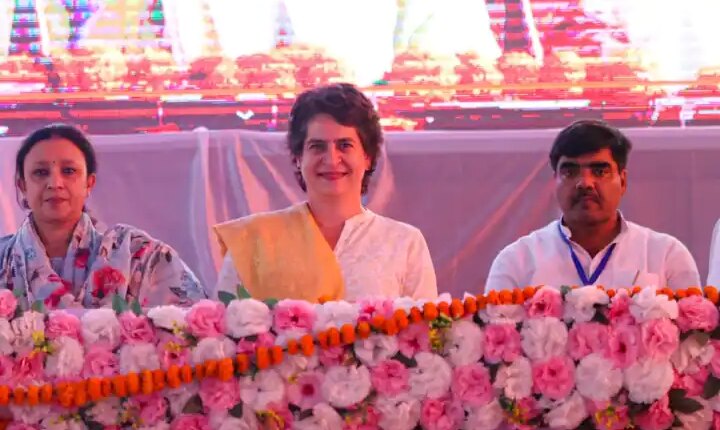 Uttar Pradesh News: Congress General Secretary Priyanka Gandhi Vadra on Wednesday said that she will work twice as hard in Uttar Pradesh and will fight till she wins. He said that despite fighting with all his life, the party got defeated but this is not the time to be disheartened, but the party will have to fight the battle with double energy.

She was addressing the party officials and leaders who came from all over the state to attend the party’s new resolution organized in Lucknow on Wednesday. Gandhi said, ‘The party lost, it is a fact, while the hard work of the party workers had inspired the workers of the whole country. We need to work more deeply. We have to do more to connect with the public. Not only political but also social issues will have to be connected with the public. This is not the country for which Mahatma Gandhi, Sardar Patel and Dr.Ambedkar had fought the way BJP is taking the country at this time. We have to go from house to house and tell the truth to the people.

He said that till 2014 the country’s economy was progressing, but today the whole world is seeing the bad condition of the country. He alleged that their future is being ruined by dividing the youth in the name of victory and religion. She said, “Congress workers will have to mobilize with new energy to change the situation, I will work with them with double strength. We have to move ahead by understanding the spirit of the manifesto passed in Udaipur Chintan Shivir.

The Congress General Secretary praised the outgoing state president of Congress Ajay Kumar Lallu and said that he fought with all his life, not only during the elections but also in the Kovid period, the party workers worked hard under his leadership and Got on the road and ate sticks.

According to a statement issued by the State Congress, a two-day “Nav Sankalp Workshop” was held on Wednesday at the state headquarters regarding the importance of the party’s digital membership campaign, municipal elections and social media. To participate in this, party officials, former MPs and MLAs from all over the state attended. Discussions were held on the resolutions passed in the Udaipur manifesto on the issues of party organization, politics, economy, agriculture, social justice and youth.