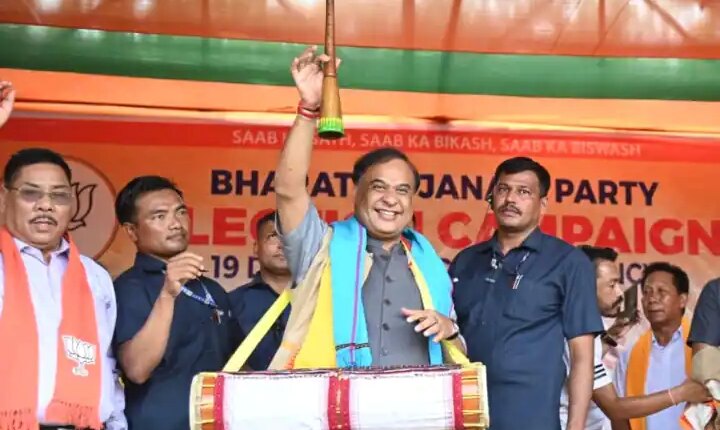 State Congress President Bhupen Kumar Bora said a detailed investigation by two media organizations has proved that contracts worth crores were awarded to firms owned by Sarma’s wife and family business associates for supply of PPE kits and other anti-COVID-19 items. The rules were violated in giving.

Demand for CBI probe against Sarma from PM Modi
Citing media reports, he claimed that the firms owned by the Chief Minister’s wife Rinki Bhuyan Sarma were ordered to supply at 65 per cent more than the market price. Bora said that if the Prime Minister Narendra Modi If I have courage and believe in zero tolerance towards corruption, then order a fair investigation by CBI or Enforcement Directorate against all irregularities committed by Sarma and his family.

Bhasco D Saikia, working president of Raijor Dal, said that this “disclosure” is only a part of the whole scam in the entire case of corruption related to Kovid-19 management. He said, “If this corruption is thoroughly probed, then many new angles will come to the fore. That’s why we demand a CBI inquiry into these cases.”

What allegations did the AJP president make?
AJP president Lurinjyoti Gogoi, holding a separate press conference, alleged that Sarma’s wife and his close business associates became rich at a time when the entire world was trapped inside the house trying to save human lives.

Meanwhile, Rinki Bhuyan Sarma denied any wrongdoing in the supply of PPE kits to the National Health Mission (NHM). He said, a website named ‘The Wire’ has made a baseless allegation regarding my supply of PPE kits to NHM. In the first week of the pandemic, there was not a single PPE kit available in Assam.

Taking cognizance of this, I reached out to a business acquaintance, and with a lot of effort distributed around 1,500 PPE kits to NHM, she said in a statement on Twitter. Later I wrote to NHM to consider it as part of my CSR. He also uploaded a picture on Twitter in this regard which is purportedly related to the NHM receiving it.

Sidhu Moose Wala Murder: What Sidhu Musewala Will his father contest the election? Political pitch is being prepared