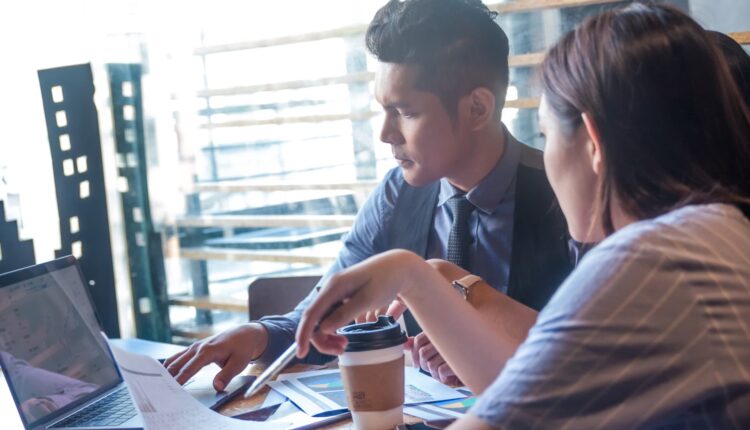 In a normal year, lawyers at one of Singapore’s top four local law firms could expect to receive an annual increment of between 10% and 15%.

The company said employees would get a larger increment this year, one former employee told CNBC. His salary jumped by 40% and the increase was not tied to a promotion, the person said.

That law firm isn’t the only company in Singapore adjusting compensation packages in a hot labor market.

Southeast Asia’s largest lender DBS told CNBC it increased salaries across the bank in mid-2021. Accounting company KPMG announced in May that the firm will spend 25 million Singapore dollars ($18.23 million) on salary increments.

On the global front, tech giants Microsoft and Amazon have said they will increase salaries of their employees.

Average increments have been significantly higher this year, and companies are paying a premium to attract and retain workers especially if talent is scarce in an industry, said Cynthia Ang, an executive director at recruitment firm Kerry Consulting.

Companies in Singapore are also making other adjustments to employee benefits in the form of mental health support, bonuses, flexible working policies and others.

“The Singapore labor market is definitely moving towards, or has been looking at tangible aspects of the deal — pay and benefits — as a major competitive battleground,” said Lewis Garrad, Mercer’s Singapore career business leader.

Around 60% of 270 companies surveyed by Mercer reviewed their benefits in 2021, up from between 10% and 15% in earlier years. That’s at least in part because of the tight job market, Garrad said.

Prudential Singapore gave each of its employees $1,000 worth of shares in October 2021, said Neetha Nair, who heads a team that prepares the workforce for the future. The company also gave some workers credits to use for booking co-working spaces as part of a hybrid work initiative, she said.

In February, Randstad Singapore began allowing employees to work remotely from anywhere in the world for up to four weeks per year, Daljit Sall, general manager of technology at the recruitment company, told CNBC.

We’re seeing a much broader range of wellness and well-being benefits.

An employee at a local media company, who declined to be named because he was not authorized to speak to the media, said more people received promotions this year than in previous years.

“Usually there is a cap in terms of the numbers, so it’s quite limited, but this time they did seem to try to promote most people who are deserving,” he said.

Employees who successfully refer a new hire at Finn Partners can now receive SG$5,000 in two payouts if the referred person stays with the company for at least one year, said Safina Samian, a partner at the communications agency. That bonus used to be SG$1,000.

Finn Partners also gives its employees four days of mental health leave, a $100 annual allowance for a wellness app subscription, and half day off one Friday per month, Samian said.

Some companies said the improved benefits are part of broad talent retention efforts to deal with the Great Resignation, a global trend.

A senior staffer at DBS, who requested anonymity as he was not authorized to speak to the media, said the bank adjusted salaries to keep morale up and “so that we don’t lose out in the current talent war that you see in Singapore.”

Lee Yan Hong, head of group human resources at the bank, confirmed that the pay increments were made “to ensure that our employees continue to be paid competitively compared to the market.”

But not all companies explained the rationale for the changes.

The legal professional who received a 40% increment told CNBC that the law firm simply said it was conducting a pay review.

“The sense is that they may be trying to offer more attractive salaries to keep up with what in-house roles are offering, maybe bridge the gap with what the international firms are paying,” he speculated, though he did not have evidence to support it.

The legal industry saw a record 538 lawyers leave the profession in 2021 — a 30% increase from the previous year, Singapore’s Law Society President Adrian Tan said in January.

The recent reviews of salaries and benefits take place against the backdrop of a competitive job market in Singapore, whether or not companies explain the reasons for conducting them.

“We are in an extraordinarily tight labor market,” said Mercer’s Garrad. He pointed out that Singapore is historically reliant on foreign talent, and Covid-19 made it difficult to attract such workers over the past two years.

While official data suggests Singapore has not been hit hard by the Great Resignation, it’s likely that different industries are experiencing varying turnover rates and the average “hides a lot of change,” he told CNBC.

Talent is in high demand in some segments of the workforce, such as life sciences and tech, he added.

“That creates an environment where HR functions continue to predict increased competition for talent and therefore, take action,” he added.

Read more about the Great Resignation

The senior DBS employee said pay adjustments “stemmed the tide of the Great Resignation” for the bank.

“Our voluntary attrition rates in 2021 were comparable to pre-pandemic levels, and were in fact either on par or lower than the market average in our core markets,” Lee, head of group human resources at DBS, said.

An employee at SPH Media Trust, who got a 20% pay rise, said she isn’t in a hurry to look for a new job now that her salary is higher. “In that sense, it did change a bit of the perspective,” she said.

Businessman on video call from home during

But other factors still matter.

The former lawyer who received a 40% increment said he left practice “in search of better hours.”

The employee at a local media company who observed more promotions in his firm, whose salary has increased by around 40%, said he would still look for a new role if he wants to advance his career. But he acknowledged that it would be more difficult to find a more attractive alternative, given his pay bump.

For Finn Partners, employee referrals have increased by 100% since the referral bonuses were increased, said Samian, noting that it’s important to have more candidates in a competitive job market.

However, competing aggressively on pay may not be sustainable in the longer run, said Garrad of Mercer.

Some companies are already starting to wind back financial incentives for all but “mission critical” roles, he said.

Things could also take a turn as economic fears rise.

“Some are now starting to look at hiring freezes in their organization to preempt recession risk,” he said.

Kerry Consulting’s Ang said it looks like the economic cycle is in the middle of an upswing where companies are still expanding and hiring.

“I believe in another six to maybe potentially 12 months’ time, this might potentially taper a little,” she said.

Still, benefits that were introduced during the Covid pandemic will remain important and may become the norm, Ang said.

Benefits such as mental health coverage can send a signal about the company’s culture, and that’s partly why there has been a growth in non-traditional benefits, Mercer’s Garrad said.

“Competing on company culture is becoming more common,” he said.