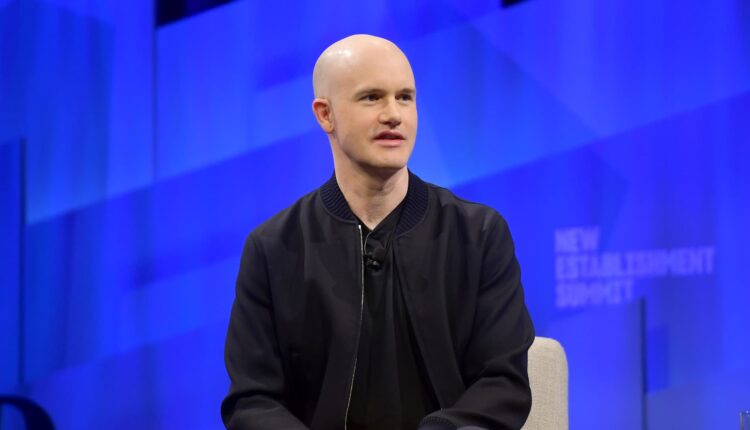 Brian Armstrong, cofounder and CEO of Coinbase speaks onstage during ‘Tales from the Crypto: What the Currency of the Future Means for You’ at Vanity Fair’s 6th Annual New Establishment Summit at Wallis Annenberg Center for the Performing Arts on October 23, 2019 in Beverly Hills, California.

Two weeks after announcing plans to slow hiring, crypto exchange Coinbase now says the freeze will extend into the “foreseeable future.” The company will also be pulling some accepted job offers.

Coinbase said it was informing prospects of the rescinded offers by email on Thursday. The company also said it was extending its severance policy to those individuals and will help them with job placement and resume review.

“After assessing our business priorities, current headcount, and open roles, we have decided to pause hiring for as long as this macro environment requires,” L.J. Brock, Coinbase’s chief people officer, wrote in a blog post on Thursday. “The extended hiring pause will include backfills, except for roles that are necessary to meet the high standards we set for security and compliance, or to support other mission-critical work.”

Coinbase has lost more than 70% of its value this year as the selloff in cryptocurrencies coupled with economic turmoil has spurred a decline in users and shrinking revenue. The pain is being felt across much of the tech sector, with Uber and Facebook parent Meta taking similar steps, and Robinhood cutting headcount by about 9%.

Prior to the 2022 downturn, Coinbase had been among the highest flyers in the tech industry. The company tripled the size of its staff last year to 3,730 employees. Following its Nasdaq debut in April 2021, Coinbase reported a 12-fold increase in second-quarter sales to $2.28 billion, while profit climbed 4,900% to $1.6 billion.

But the tech companies with the highest growth rates last year have been hit the hardest this year as investors rotate into assets deemed safer in a world of rising interest rates and soaring inflation. With bitcoin down by more than one-third this year and ethereum off by 50%, fewer people are racing to Coinbase to open accounts and make transactions.

Coinbase said last month that revenue in the latest quarter fell 27% from a year earlier, while total trading volume declined from $547 billion in the fourth quarter to $309 billion in the first three months of 2022.

“We always knew crypto would be volatile, but that volatility alongside larger economic factors may test the company, and us personally, in new ways,” Brock wrote in Thursday’s post. “If we’re flexible and resilient, and remain focused on the long term, Coinbase will come out stronger on the other side.”

WATCH: The ‘Halftime Report’ investment committee weigh in on fintech