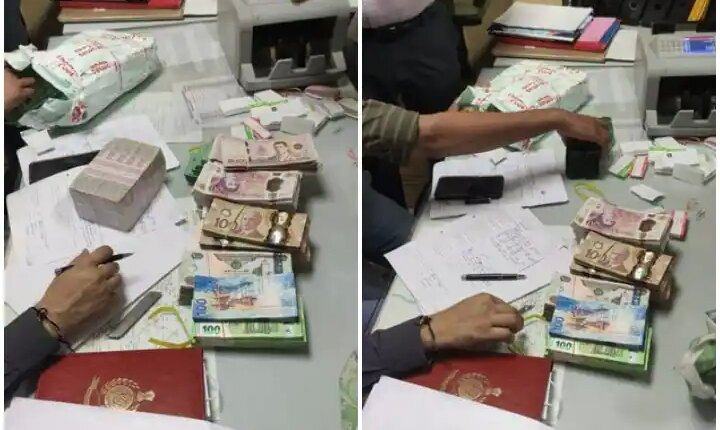 Foreign Currency: The CISF personnel deployed in the security of Delhi Metro got success on Tuesday when a man was traveling in the metro carrying a bag full of foreign currency worth Rs 2.7 crore. It is being told that during the investigation being done through the XBIS machine installed at Punjabi Bagh West Metro Station, CISF personnel stopped a passenger and examined him after finding something suspicious.

CISF detected foreign currency worth approximately Rs 2.7 crores from a male passenger at Delhi’s Punjabi Bagh West Metro station. He has been handed over to ED for further probe. pic.twitter.com/wSxAagMCIG

Let us inform that the foreign currency recovered from the person was counted in the station control room in the presence of DMRP, ED and CISF. During which foreign exchange of about Rs 2.7 crore was detected from the passenger’s bag. Currently, this foreign currency has 2 lakh AED (UAE Dirham), 1,20,000 US dollars, 20,000 Canadian dollars, 25,000 Singapore dollars, 50,000 Australian dollars, 25,000 euros, 4,000 Swiss franchises, 30,000 GB pounds, 12, Contains 00,000 Thai Baht. The case has blown the senses of the DMRP, ED and CISF officials.