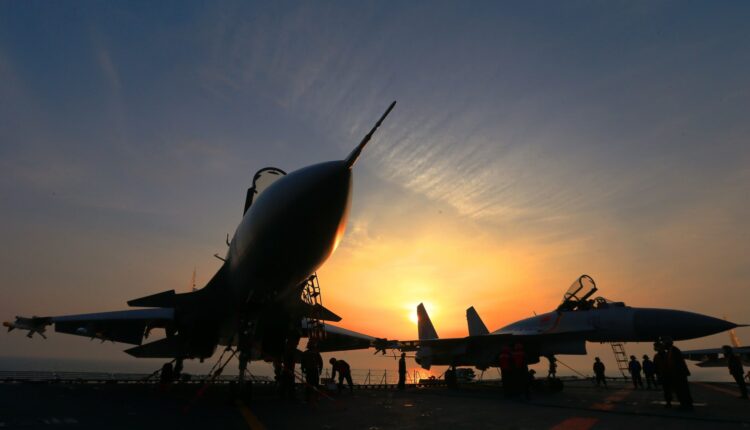 A combat drill held by China in the East China Sea.

The United States will do its part to manage tensions with China and prevent conflict even though Beijing is becoming increasingly aggressive in the Asian region, including near Taiwan, U.S. Defense Secretary Lloyd Austin said on Saturday.

Relations between China and the United States have been tense in recent months, with the world’s two largest economies clashing over everything from Taiwan and China’s human rights record to its military activity in the South China Sea.

At a meeting between Austin and Chinese Defense Minister Wei Fenghe on Friday, both sides reiterated they want to better manage their relationship although there was no sign of any breakthrough in resolving differences. [nL1N2XX0PM]

Addressing the Shangri-La Dialogue, Asia’s premier security gathering, Austin said the United States would continue to stand by its allies, including Taiwan.

“That’s especially important as the PRC (People’s Republic of China) adopts a more coercive and aggressive approach to its territorial claims,” he said.

China claims self-ruled Taiwan as its own and has vowed to take it by force if necessary. Austin said there had been an “alarming” increase in the number of unsafe and unprofessional encounters between Chinese planes and vessels with those of other countries.

A Chinese fighter aircraft dangerously intercepted an Australian military surveillance plane in the South China Sea region in May and Canada’s military has accused Chinese warplanes of harassing its patrol aircraft as they monitor North Korea sanction evasions.

Taiwan has complained for years of repeated Chinese air force missions into its air defence identification zone, which is not territorial airspace but a broader area it monitors for threats. Austin said these incursions had surged in recent months.

Taiwan’s foreign ministry thanked the United States on Friday for its support and denounced China’s “absurd” claims of sovereignty.

Austin said that the United States’ policy on Taiwan was to remain opposed to any unilateral changes to the status quo. “Our policy hasn’t changed. But unfortunately, that doesn’t seem to be true for the PRC,” Austin said.

However, he added: “We’ll do our part to manage these tensions responsibly, to prevent conflict, and to pursue peace and prosperity.”

Biden said last month the United States would get involved militarily should China attack Taiwan, although the administration has since clarified that U.S. policy on the issue has not changed. Washington has had a long-standing policy of strategic ambiguity on whether it would defend Taiwan militarily. Austin’s meeting with Wei largely focused on Taiwan.

In a speech that focused on the U.S. commitment to the region, Austin said the United States would maintain its presence in Asia but Washington understood the need to prevent conflict.

“We do not seek confrontation or conflict. And we do not seek a new Cold War, an Asian NATO, or a region split into hostile blocs,” he said.

Austin also referred to Russia’s invasion of Ukraine, which has been a priority in Washington and other Western capitals over the past three months.

“Russia’s invasion of Ukraine is what happens when oppressors trample the rules that protect us all,” Austin said. “It’s a preview of a possible world of chaos and turmoil that none of us would want to live in.”

Ukraine’s President Volodymyr Zelenskiy was scheduled to address the Shangri-La Dialogue in a virtual session later on Saturday.

Earlier this year, Washington said China appeared poised to help Russia in its war against Ukraine. But since then, U.S. officials have said while they remain wary about China’s long-standing support for Russia in general, the military and economic support that they worried about has not come to pass, at least for now.

In a separate speech on Saturday, Japanese Defense Minister Nobuo Kishi said military cooperation between China and Russia has sharpened security concerns in the region. [nL4N2XX0N3]

“Joint military operations between these two strong military powers will undoubtedly increase concern among other countries,” he said.

China has not condemned Russia’s attack and does not call it an invasion, but has urged a negotiated solution. Beijing and Moscow have grown closer in recent years, and in February, the two sides signed a wide-ranging strategic partnership aimed at countering U.S. influence and said they would have “no ‘forbidden’ areas of cooperation.”

Exxon Mobil hit an all-time high this week. Here’s what comes next