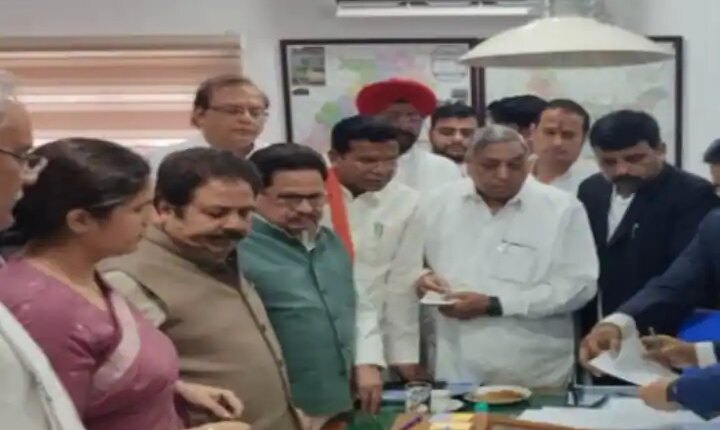 Rajya Sabha Elections 2022: Congress candidates Rajiv Shukla and Ranjeet Ranjan have filed their nominations from Chhattisgarh. Congress MLA PL Punia and several ministers were also present there at the time of filing of nominations. Chhattisgarh Chief Minister Bhupesh said after the Rajya Sabha nomination that the BJP’s policy regarding foreign candidates differs from place to place.

The candidates of Andhra Pradesh and Telangana have been nominated for the Rajya Sabha candidates in Uttar Pradesh. Here they have a different perspective, there they have a different point of view. Finance Minister is Nirmala Sitharaman, she has gone to Rajya Sabha from Madhya Pradesh. Congress is a national party, keep sending candidates from many states. It is true that the people of Chhattisgarh were also expecting, if it does not happen at this time, then they will definitely do it next time.

At the same time, after Raipur nomination admission, Rajiv Shukla said that the people here are very hardworking and intelligent. He said that here my job will be to raise the problem of Chhattisgarh vigorously in the Parliament. He said that there is a problem of Naxalism in our state, it has been eliminated to a large extent by the government. Now there is a need for development in Naxal areas. The help that came from the central government for this has been reduced.

This is a huge responsibility.

Ranjit Ranjan said in his statement that my party has reposed faith in me by giving me a big responsibility. We will raise the problems of women, farmers and youth in Rajya Sabha. Will keep his word in the biggest panchayat of democracy. Will work in coordination with leaders leaving Congress and going to Rajya Sabha from other parties.