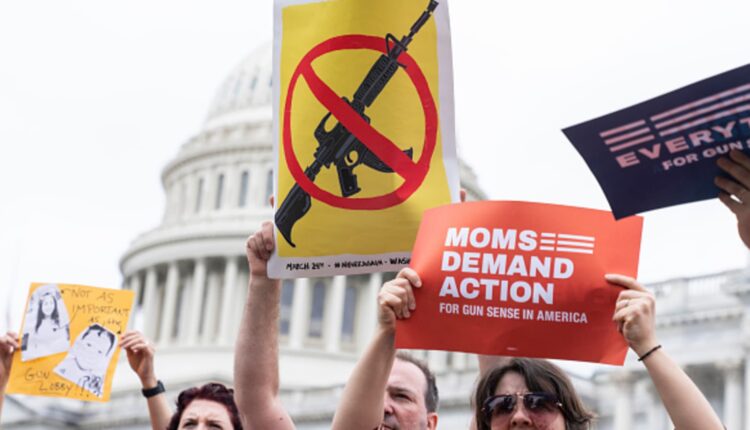 The CEOs who signed the letter represent companies both large and small across a wide range of industries, including some highly recognizable names:

The letter, posted to the website CEOsForGunSafety.org, points to recent gun violence tragedies at Robb Elementary School in Uvalde, Texas, and a Tops supermarket in Buffalo, New York, alongside the dozens of other mass shootings that have occurred in the U.S. — just since those massacres unfolded in May.

“Taken together, the gun violence epidemic represents a public health crisis that continues to devastate communities – especially Black and Brown communities – and harm our national economy,” the letter reads. “All of this points to a clear need for action: the Senate must take urgent action to pass bold gun safety legislation as soon as possible in order to avoid more death and injury.”

The CEOs cite statistics compiled by gun control advocacy group Everytown for Gun Safety: more than 110 people are shot and killed in the U.S. each day, on average, while another 200 are shot and wounded. The letter also cites Everytown’s estimate that the effects of gun violence, including costs associated with medical care and victims’ lost earnings, cost the country more than $280 billion each year – with U.S. employers losing $1.4 million daily in productivity and revenue.

The letter does not offer any specific policy solutions — although Levi Straus CEO Chip Bergh, one of the letter’s key organizers, has previously expressed support for universal background checks on all gun purchases and national red flag gun laws. Rather, the letter calls on federal lawmakers to “transcend partisanship and work together to pass bold legislation to address gun violence in our country.”

On Wednesday, the U.S. House of Representatives passed a sweeping gun bill called the Protecting Our Kids Act, that would raise the federal minimum age for buying an assault rifle from 18 to 21, while also banning the sale of large-capacity magazines and implementing new rules around secure at-home gun storage.

The bill passed on a mostly party line vote in the Democratic-held House. It’s not expected to survive in the Senate, where Republicans can easily block the bill with a filibuster. A small group of Senators, led by Sen. Chris Murphy (D-CT) and Sen. John Cornyn (R-TX), are currently negotiating a potential bipartisan agreement on measures like background checks, red flag laws and funding for mental health and school safety initiatives.

“We are not far away,” Murphy told reporters after the group met on Thursday. “But we are not there yet.”

In 2019, CEOs for Gun Safety published a similar letter to Senate leaders, featuring the signatures of 145 executives, saying that “doing nothing about America’s gun violence crisis is simply unacceptable.” This year’s version features dozens more signatories, and includes an “Add Your Company” link inviting more business leaders to add their signatures going forward.

How the CEO of Planned Parenthood is preparing for a future without Roe v. Wade