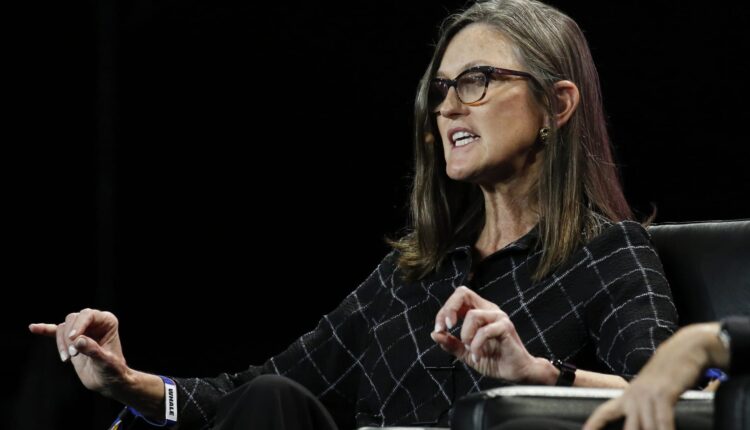 Ark Invest’s Cathie Wood has been adding shares of Tesla in her various funds after the electric vehicle maker’s 40% pullback from its record high. The closely followed innovation investor bought at least 50,000 shares of Tesla over the past two weeks for her flagship Ark Innovation ETF , Ark Autonomous Technology and Robotics ETF and Ark Next Generation Internet ETF. Notable daily moves included a purchase of 22,209 shares of the Elon Musk-led company for ARKK on May 24, and another purchase of 15,858 shares of the same security on May 23. Before the recent buying spree, Wood had actually been trimming her Tesla stake despite being a longtime bull. Last year, Tesla had been the biggest holding of Ark’s flagship fund Innovation ARKK , accounting for more than 10% of the ETF. Now the car company takes up about 8.3% of ARKK. Wood said last year her cutting of Tesla stake was a technical move. She previously explained that she was trimming her largest winning holdings to raise cash to buy the next big winner in the innovation space. Ark has been wildly bullish on Tesla for many years, projecting shares of the electric vehicle maker to reach $4,600 in 2026. Wood’s most likely expectation for the stock is $3,000 in five years with the best case set around $4,000. Ark’s analyst previously told CNBC that the asset manager believes a potential robotaxi business for Tesla could contribute more than 50% of the company’s expected value in 2026. Tesla has sold off more than 40% from its all-time high of $1,243.49 that came back in November. ARKK has felt the pain from Tesla’s decline, down over 50% in 2022.