Buy Spotify as the music subscription service is in better shape than Netflix, Raymond James says 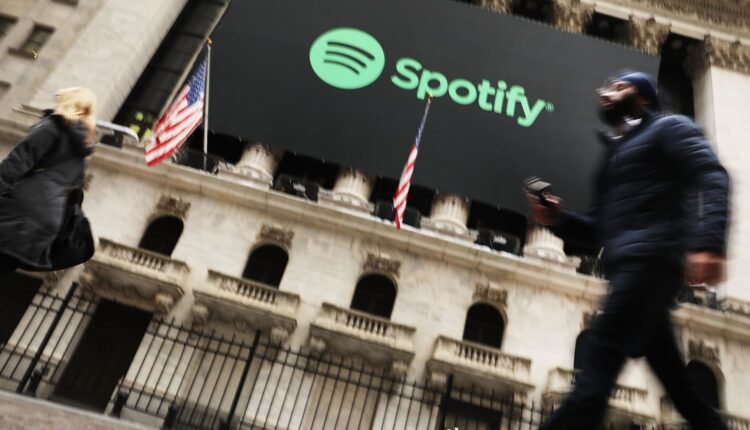 Spotify ‘s decline this year has gone too far, Raymond James said Monday. Analyst Andrew Marok upgraded the music streaming service’s stock to outperform from market perform, noting that “the stock is not broken” despite its 52% decline for 2022 and that most of the bad news surrounding the company has already been price in. The “sentiment pendulum has swung to overly pessimistic,” he wrote in a note. “Spotify remains the market leader in streaming music with key competitive advantages including a global presence, best-in-class user experience, and differentiated podcasting content.” Spotify shares have been under pressure this year in part due to a massive sell-off in tech-related names as rates rise. The company is also trying to grow its ad-supported business. Spotify said in its first-quarter report that ad-supported revenue came in at 282 million euros, making up 11% of the company’s total revenue. However, the stock fell on those results as analysts expected 304.1 million euros in ad-supported revenue . Marok also said there’s some “collateral damage” from Netflix’s subscriber growth issues but noted that Spotify’s “Spotify’s competitive position is not as challenging.” “Whereas Netflix is facing an onslaught of competition from an ever-growing field of services, the competitive landscape in streaming music is largely stable. Unlike video, where content owners are seeking to monetize their content by going directly to consumers, the commoditization of streaming music content actually works to Spotify’s benefit in this case.” The analyst has a price target of $150 on the stock, implying upside of 33.6% from Friday’s close.