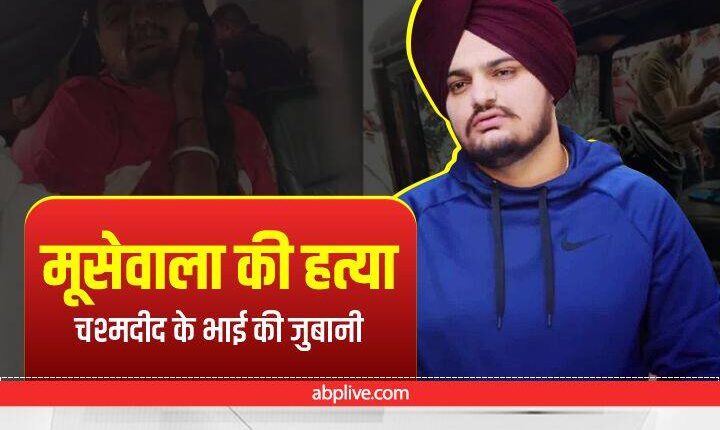 Sidhu Moose Wala Murder: There has been a big disclosure regarding the murder of Punjabi singer Sidhu Moosewala. According to the brother of an eyewitness present on the spot at the time of the incident, 9 miscreants had come in two vehicles to kill Sidhu Musewala. The miscreants used Bolero and Toyota vehicles to carry out the crime. After the murder of Musewala, the miscreants left the vehicle at the spot and snatched the car of the passing Alto car owner and fled from there.

A family of Fatehabad district was traveling in the car. After the incident, the entire family of Jagtar Singh, who was in the car, is in shock. Jagtar Singh’s brother Makhan Singh told that the miscreants who killed Moosewala had come from two vehicles Bolero and Toyota Karola. The brother of the eyewitness told that there were a total of 9 miscreants in both the vehicles. After executing the incident, some miscreants left Karola vehicle at the spot and snatched our Alto car.

miscreants robbed the car on the strength of weapons

Jagtar Singh, a resident of Bhundarwas in Fatehabad, told in a complaint to the police that he, Makhan Singh, his mother and two children were going to Bhatinda, Kharak Singh, to meet his ailing niece from Bhundarwas village in Ratia in an Alto car. When they reached near Khara Barnala village of Mansa at around 6.45 pm, many people who came riding in Corolla and Balero stopped their car and robbed their car by showing weapons. After this, he left his Corolla car there and fled.

famous singer Sidhu Musewala The strings of his brutal murder in broad daylight have now been linked to Fatehabad as well. During the murder incident, an Alto car was robbed on the strength of a weapon in Mansa area of ​​Bhundarwas village of Fatehabad. In this incident also the robbers had come riding in Corolla and Balero and in the Moose Wala massacre also the killers were riding on these vehicles. Punjab Police had issued an alert in this regard. On the other hand, the name of Sachin, a resident of Fatehabad’s village Bahbalpur and manager of famous singer Mankirt Aulakh, is also appearing in this murder. It is learned that Mankirt’s family has been living in Mohali for a long time after leaving the village.