Broadcom, VMware deal good for investors but customers may suffer 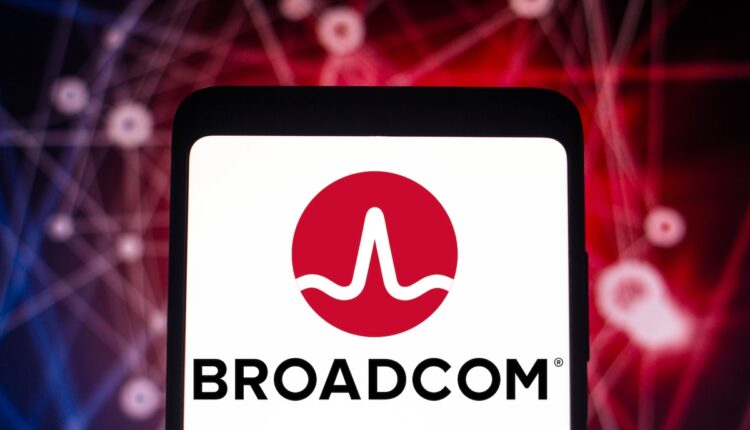 In one of the largest tech deals in history, chip-maker and infrastructure solutions provider Broadcom announced Thursday it is buying operating system virtualization pioneer VMware in a cash and stock deal valued at $61 billion.

If the deal, which is expected to be completed in 2023, goes through, it will be the third largest tech acquisition in history just behind Microsoft’s 2022 purchase of game maker Activision Blizzard for $70 billion and Dell’s purchase of EMC for $67 billion in 2015.

Why make this deal?

“Building upon our proven track record of successful M&A, this transaction combines our leading semiconductor and infrastructure software businesses with an iconic pioneer and innovator in enterprise software as we reimagine what we can deliver to customers as a leading infrastructure technology company,” said Hock Tan, Broadcom’s president and CEO, in a statement.

The Broadcom Software Group, a division of Broadcom, Inc. established in 2021, will rebrand itself as VMware and expand the VMware portfolio with BSG’s existing infrastructure and security software solutions.

“If Broadcom focuses on innovation, and makes cross business collaboration a priority, VMware and Symantec can potentially build on some synergies,” said Naveen Chhabra, a senior analyst at Forrester. “I see two challenges though. First, it’s easier said than done and second, Broadcom’s acquisition strategy in the past does not showcase an innovation-focused mindset.”

The purchase is just the latest in a long line of high-profile acquisitions. In 2016, Broadcom bought Brocade Communications Systems for $5.9B. In 2019, the company bought Symantec’s enterprise security business for $10.7B in cash and in 2018 it purchased CA Technologies for $19B in cash.

VMware was spun-out of the Dell Technologies portfolio of companies in late 2021.

“Combining our assets and talented team with Broadcom’s existing enterprise software portfolio, all housed under the VMware brand, creates a remarkable enterprise software player,” said Raghu Raghuram, VMware’s CEO, in a statement. “Collectively, we will deliver even more choice, value and innovation to customers, enabling them to thrive in this increasingly complex multi-cloud era.”

How will the acquisition affect enterprises?

While the deal will be good for VMware Chairman Michael Dell and Silver Lake, which own 40.2% and 10% of VMware shares outstanding, respectively, and stand to make billions from the sale, some analysts have their doubts if customers will benefit.

“For acquired companies, a Broadcom acquisition sparks fear of price hikes, diminished support, and stunted innovation,” a group of Forrester analyst wrote in a blog post about the deal. “With VMware, the big question is whether Broadcom can leverage a massive enterprise software portfolio and customer base to build a competent modern solution that extends from mainframe to edge. Or does it continue with the same trend of squeezing clients for licensing dollars at a time of rising global inflation?”

“Together with Broadcom, VMware will be even better positioned to deliver valuable, innovative solutions to even more of the world’s largest enterprises,” said Michael Dell, chairman of the VMware board, in a statement. “This is a landmark moment for VMware and provides our shareholders and employees with the opportunity to participate in meaningful upside.”

Broadcom expects VMware to add $8.5 billion of pro forma EBITDA to its bottom line within three years post-closing, the company said in a press release about the deal. But this goal may be overly ambitious, according to Reuters Breakingviews columnist Jonathan Guilford.

“Tan’s target therefore requires some serious work,” Guilford said. “One path would be through super-charging growth. But to hit that $8.5 billion, VMware’s current rate of expansion would have to double. Alternatively, Broadcom could be looking to slash costs. But again, it’s no simple feat. To get to Tan’s profit goal, VMware’s margin would have to rise from 35% to 45%.”