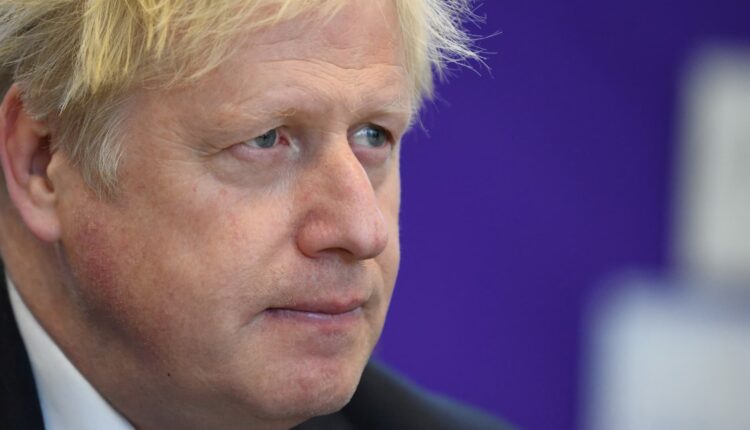 LONDON — U.K. Prime Minister Boris Johnson survived a vote of confidence on Monday night but discontent over his leadership is expected to rumble on, with analysts stating that his days in office are numbered.

Monday’s vote saw Johnson win the backing of most of his Conservative lawmakers, but by a much slimmer margin than his supporters had hoped.

The vote — triggered by his own lawmakers amid increasing dissatisfaction in his leadership — saw 211 Tory MPs voting in favor of the prime minister, while 148 voted against him.

Johnson needed a simple majority of 180 MPs to win the vote, but the figure of 148 was worse than many expected and means that over 40% of his own lawmakers have no confidence in the prime minister —despite his efforts to win their support.

Johnson’s vulnerability is thrown into stark relief when compared to that of former leader Theresa May’s. She had more support in a similar vote in 2018 — but resigned as prime minister just six months later.

Many MPs will now be scrutinizing public sentiment towards Johnson to gauge whether he is the right leader to take the party forward to the next general election, which has to take place before January 2025.

In the near-term, support for the Conservative Party will be put to the test in two by-elections in West Yorkshire and Devon later this month.

Current party rules state that Johnson — having survived the confidence vote — cannot face another for 12 months, but analysts say the rebellion against Johnson could grow so large that those rules are changed.

“[The vote] was a lot closer than Boris Johnson’s allies expected, or indeed, hoped,” Tim Bale, professor of Politics at Queen Mary University of London, told CNBC on Monday.

“To some extent we assume that the Conservatives will lose both of those by-elections, but we shouldn’t minimize the impact. They will worry a lot of MPs who are sitting on smaller majorities,” he said. “I think the key metric for a lot of MPs is the opinion polls, they’ll be looking at Boris Johnson’s personal ratings … and the gap between them and the Labour Party.”

If this gap with the main opposition party widens, Bale said, Conservative rebels could “come back for more” and seek to challenge Johnson’s leadership once again.

While Johnson has shown no signs of being ready to resign — following the vote he called for unity and vowed to “bash on” — analysts say his leadership looks vulnerable.

His days are “numbered,” according to Kallum Pickering, senior economist at Berenberg Bank.

“Based on current Conservative Party rules, Johnson cannot be challenged for another 12 months. However, this does not mean it is back to business as usual for his government,” Pickering said in a note last night.

“Even though Johnson has survived today, it is hard to see how he can recover the erstwhile support of his MPs. Unless Johnson stages a dramatic improvement in the polls in coming months, it is likely that Johnson will face renewed challenges to his leadership.”

“The risk of a worsening economy over the summer, as well as bad results in upcoming by-elections … could swing the pendulum against Johnson yet,” he added.

Can Johnson turn the tide?

Dissatisfaction with Johnson’s leadership was heightened after a report was released last month heavily criticizing the prime minister and other officials following a number of Covid-19 lockdown-breaking parties at Johnson’s office and residence in Downing Street.

Still, loyalists to the prime minister praise him for “getting Brexit done” and for overseeing the government’s response to the Covid pandemic, particularly its rapid vaccine procurement and deployment.

Johnson is now facing the task of placating rebel MPs, a challenge he’s likely to tackle with shifts in fiscal policy and personnel, according to J.P. Morgan Economist Allan Monks.

“While he has pledged to ‘bash on’ and is likely to remain in place in the near term, the vote casts significant doubt about his tenure as leader,” Monks noted late Monday.

“While we doubt there will be changes to current party rules stipulating that Johnson cannot receive another leadership challenge for twelve months, he could still face another formal challenge just after that. And in the meantime he might still be forced to resign if his inner circle turn against him,” Monks noted.

He added that Johnson was likely to announce new policy initiatives in an attempt to win round both the Conservative party and public opinion.

“The most obvious would be to use any remaining leeway on fiscal policy to promise significant tax cuts and further giveaways, perhaps at the Conservative Party conference in October,” he added.

According to Monks, Johnson’s longer term future is likely to depend on how these measures are received by party members and voters.