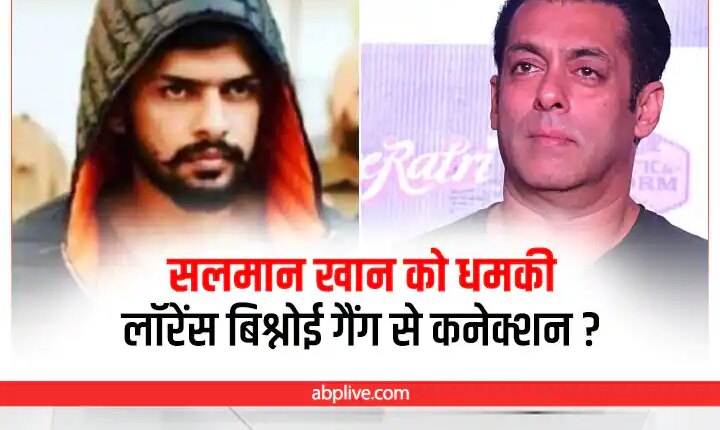 Salman To threat to give having GB and LB Who?

The letter to Salman Khan has been written in Hindi. It is written in it that Salim Khan and Salman Khan will very soon be like Moosewala. The letters LB and GB are written many times in the letter. Sources in Mumbai Police say that in the initial investigation, LB means Lawrence Bishnoi and GB means Goldie Brar. Mumbai Police is considering the angle of Lawrence Bishnoi and Goldie Brar as strong, because even before now Lawrence Bishnoi has threatened Salman Khan with murder. However, the matter is also being investigated from the angle that the threatening letter is not a mischief of anyone.

Delhi Police questioned jailed gangster Lawrence Bishnoi in connection with the threat letter to actor Salman Khan. He said that he has no hand in this matter and does not know who issued that letter: Delhi Police

Mumbai Police on Monday recorded the statement of Bollywood actor Salman Khan’s father Salim Khan, who had received a letter a day earlier that the father-son duo will face the same fate as that of Punjabi singer Sidhu Musewala. Police could not record the actor’s statement as he was not available after visiting Salman Khan’s house in Bandra and increasing security around the house, an official said.

News agency PTI quoted a police source as saying, “Salim Khan, Salman Khan very soon your fate will be like Moosewala GB. lb…” There is speculation that ‘G. B’ and ‘L. B.’ Mention the infamous accused Goldie Brar and Lawrence Bishnoi. However, the police did not give any statement on this aspect.

punjabi singer Sidhu Musewala was murdered by unidentified assailants in Punjab’s Mansa district last month. According to the local police, Lawrence Bishnoi could have been involved in the gang murder. Mumbai Police Commissioner Sanjay Pandey said he has taken “seriously” the threatening letter received by Bollywood actor Salman Khan. “It is too early to say whether the letter is fake and also we cannot say anything about Lawrence Bishnoi gang (joining).”