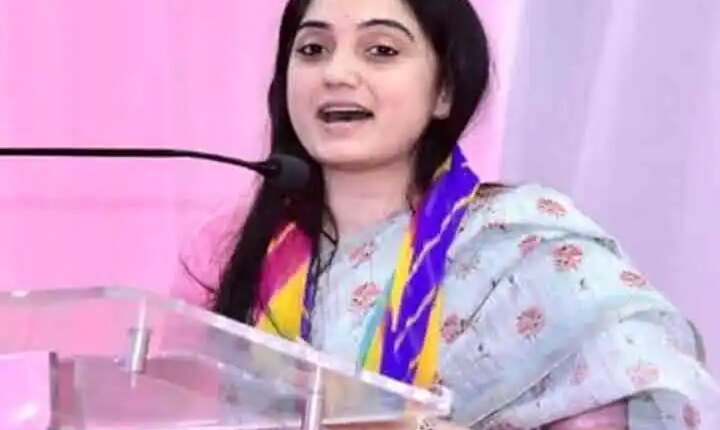 Congress On Nupur Sharma Suspension: BJP on Sunday suspended party spokesperson Nupur Sharma from primary membership for 6 years. After the controversial remarks on Prophet Muhammad, the party has taken this action against him. Apart from this, Naveen Kumar Jindal has also been expelled from the party. Naveen Kumar Jindal is the media head of Delhi BJP. At the same time, Congress has raised questions on this action of BJP. Ali Mehndi, Vice President of Delhi Pradesh Congress Committee said that the Bharatiya Janata Party has taken this action under the pressure of the Middle East, because our business is connected with these countries, from there we get oil. come.

He further said that the BJP has taken action under the pressure of Middle East countries, so that it can be shown that we have expelled our two spokespersons from the party. It would have been better when the voice was being raised against it in the country, then action would have been taken against them. He said that everyone’s religion is respected in itself. If anyone says anything on him, then action should be taken against him. On receiving threats to kill Nupur Sharma, Ali Mehndi said that there is no talk of killing anyone in Islam, it is wrong.

Let us tell you that Nupur Sharma has been suspended from primary membership by the BJP over the controversial remarks on Prophet Muhammad. A statement was issued by BJP. In which Nupur Sharma’s statement was told against the party’s constitution. Therefore, the party’s disciplinary committee has suspended the primary membership of Nupur Sharma till the completion of the investigation in this matter. The letter has been issued by BJP’s Disciplinary Committee Secretary Om Pathak. At the same time, another letter was issued by Delhi BJP President Adesh Gupta. In which Naveen Kumar Jindal has been expelled from the party for making inflammatory statements on social media. Naveen Kumar is a former journalist and is currently the head of Delhi BJP Media Cell.

Why the global soil shortage threatens food, medicine and the climate