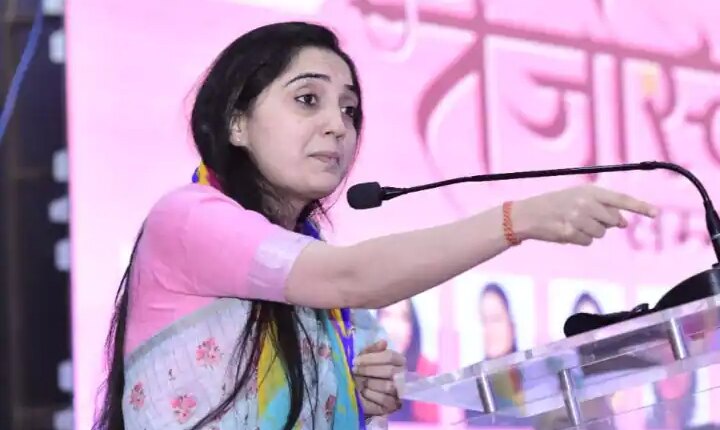 BJP Suspended Nupur Sharma: BJP spokesperson Nupur Sharma and Naveen Kumar Jindal have been suspended from the primary membership of the Bharatiya Janata Party (BJP) after making controversial remarks on Prophet Muhammad. BJP spokesperson’s new reaction on this matter has come to the fore.

After being suspended from the party, Nupur said in her clarification that I was going on TV debates for the last several days, where my adorable Shiva was being insulted every day. It was being said in front of me that it is not a Shivling but a fountain, there are many Shivlings found on every footpath of Delhi, go and worship it.

I could not bear the insult of our Mahadev in front of me in this way again and again and I said some things in anger. If my words have hurt anyone’s religious sentiments, then I take back my words. It was never my intention to hurt anyone.

Apart from this, in her second tweet, Nupur appealed to all the media houses that her home address should not be made public, as it could put her and her family in danger. Naveen Jindal, who was expelled from BJP, has complained to Delhi Police.

I have a special request to all, please do not make my address public, threats to kill me and my family are being given continuously on social media too. @DelhiPolice @CPDelhi @LtGovDelhi Kindly take notice.

In his complaint, he said that someone has made his home address public on social media, putting him and his family in danger. Apart from this, according to news agency PTI, Jindal has also apologized for his statement made on social media. He said that his statement was not to provoke religious sentiments of anyone. If anyone’s feelings have been hurt by his statement, then he apologizes for it.

CM Yogi Birthday: Bulldozer made on 50 kg cake, something like this celebrated CM Yogi’s birthday in Delhi

Why the global soil shortage threatens food, medicine and the climate