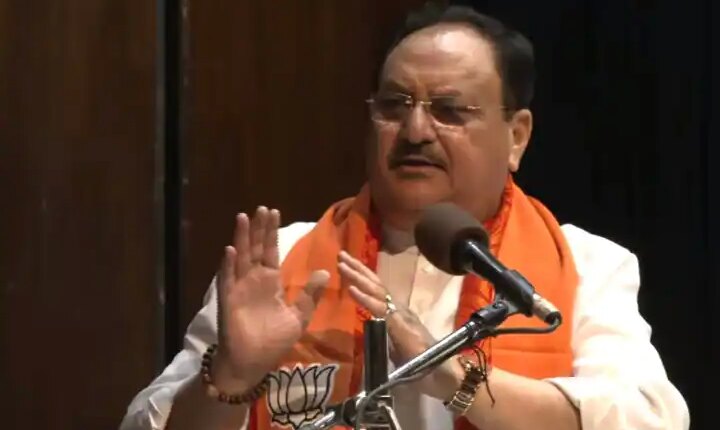 He has claimed that there is nothing national left in the Indian Congress. Their leaders also speak from London. It has become a brother-in-law party. He said that no one thought that we will become Congress free, leave Congress free, Congress is disappearing. The discussion here used to be test hobe no.

JP Nadda said that 20 years ago, no one even thought that Lalu Yadav’s rule would go to Bihar, but BJP has come there after destroying RJD and has come with full force. What was Mamta ji saying at the time of vaccination? MNREGA accounts were not given for three years. 3 crore 87 lakh was not paid at all. This state is running. What is the state like? Did Mamta ji also forget for three years?

read this also- Cabinet Decision on MSP: Good news for farmers, Center fixed MSP for 14 crops, know how much the price increased

Taunt on UP and Telangana

The BJP President said that in Telangana, KCR is standing in another place, son-in-law. The regional party has become a family party. No one in Uttar Pradesh thought that Mulayam Singh’s rule would go away. Today BJP has made everyone clear there. BJP government is being formed everywhere.

Who’s in the right party?

Nadda said that in the coming time, we will form the government in Andhra Pradesh, Telangana and very soon in West Bengal also in a democratic way. 40 years ago my Congress colleagues used to tell me that Nadda ji, you do not know politics, it is a matter of opportunity, you are the right person in the wrong party. When I meet him today, I ask who is in the right party?

read this also- Naqvi on Al Qaeda: Naqvi’s response to the threat of Al Qaeda – this organization is not a protection for Muslims but a problem