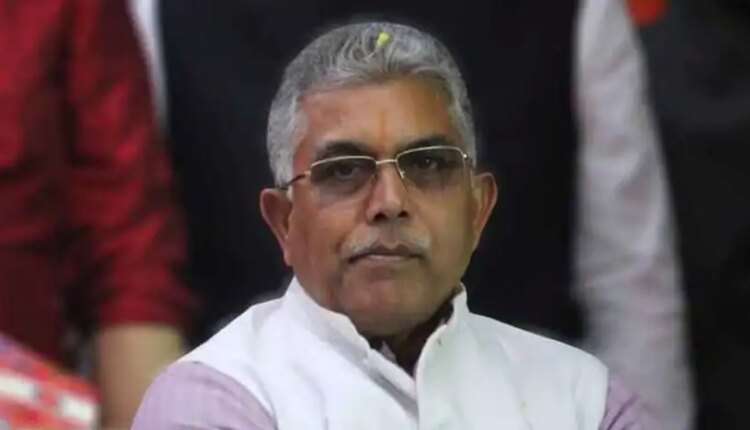 BJP GS Letter to Party Leader Dilip Ghosh: BJP national general secretary Arun Singh has written a letter to party leader Dilip Ghosh. this lateIn a way, the displeasure of the party general secretary is visible. In this, he has asked Ghosh to distance himself from any public forum, whether it is the media and to refrain from doing evil to his own party members. He has advised that whether it is West Bengal or any other state, one should refrain from saying anything about the people of his own party there.

Why is the top BJP leadership angry with Dilip Ghosh?

Dilip Ghosh, former President of Bharatiya Janata Party (BJP) in West Bengal and currently National Vice President (Dilip Ghosh)The party high command is not happy about this. Therefore, BJP general secretary Singh has expressed his displeasure in writing about Ghosh. The reason for this displeasure with Dilip Ghosh is believed to be his recent statements on public forums.

BJP National General Secretary Arun Singh writes to party leader Dilip Ghosh to “refrain from going to media or any public fora, about your own colleagues either in state of West Bengal or anywhere else.” pic.twitter.com/KPn36Pz9Jl

In a letter to Ghosh, General Secretary Dilip has said that being the President of the party in West Bengal, MLA in the Legislative Assembly and now the National Vice President and MP, party members look up to him for guidance, cooperation and encouragement. The people of the party want his cooperation to continue the good work he had started while being the Bengal BJP president. Singh has further written that the statements made by him in the recent interview cannot be ignored. He said that there is no doubt about his loyalty to the party, but there have been some incidents where the party leaders in the state are angry with his statements. These statements of his have also become a cause of shame for the central leadership of BJP.