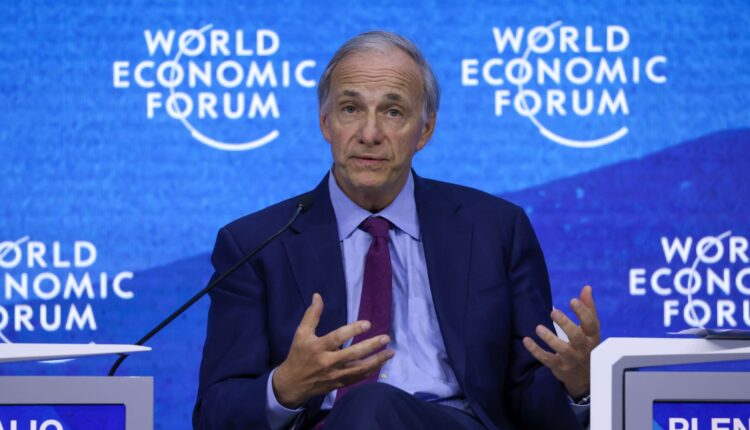 Many pre-teens today find life lessons and knowledge on TikTok. Twelve-year-old Ray Dalio found them on the golf course.

On a recent episode of the “Armchair Expert” podcast, hosted by actor Dax Shepard, Dalio detailed how connections he made as a young golf caddy in the early 1960s taught him how to invest. On the course at a golf club in Long Island, New York, Dalio worked for George Leib and Donald Stott, two men with connections to Wall Street. He said he listened to them talk shop, took $300 he made from caddying and invested in the cheapest company he could find: Northeast Airlines.

Dalio ultimately tripled that investment, and according to the nonprofit Academy of Achievement, built a stock portfolio worth thousands of dollars by the time he graduated from high school. He started Bridgewater Associates in 1975, and grew it into the world’s largest hedge fund over roughly four decades before stepping down as CEO in 2017.

“It was so dumb and lucky,” Dalio, 72, said on the podcast. “[Northeast Airlines] was the only company I ever heard of that was selling for less than $5 per share.”

Dalio said listening to Leib and Stott launched his career – not because they taught him any particular lessons about the stock market, but because the success of his initial investment got him “hooked,” prompting him to start learning more at a very young age.

“You think differently pre-puberty than you think after puberty,” Dalio said. “You learn differently. And [the] experiences… can have a very big effect. You can learn in a way that you can’t learn later.”

Kids do appear to learn faster, or at least differently, than adults – though scientists have yet to confirm exactly why. A 2018 study conducted by MIT scientists found that “a great deal of evidence suggests” children – especially below the age of 10 – have an easier time becoming fluent in a language and mastering grammar rules, but “underlying causes remain unknown.”

Dalio’s prodigal path wasn’t perfect, of course. For example, less than 10 years after founding Bridgewater, he publicly and incorrectly predicted the global stock market would crash in 1982 – losing clients, investors, employees and most of his money.

On the podcast, Dalio maintained that going broke was “one of the best things that ever happened to me.” It taught him a lesson he couldn’t learn on the golf course, he said: How to reflect after failure.

“[A mistake] produces pain, and pain says, ‘Don’t do that again,’ or ‘Find out another way of doing it,” Dalio said. “[From] that painful experience, I learned a principle … that has become a habit: Pain plus reflection equals progress.”

Billionaire Ray Dalio: Going broke ‘was one of the best things that ever happened to me’

The investment that’s ‘the first place to start’ to keep up with inflation, according to a bond strategist