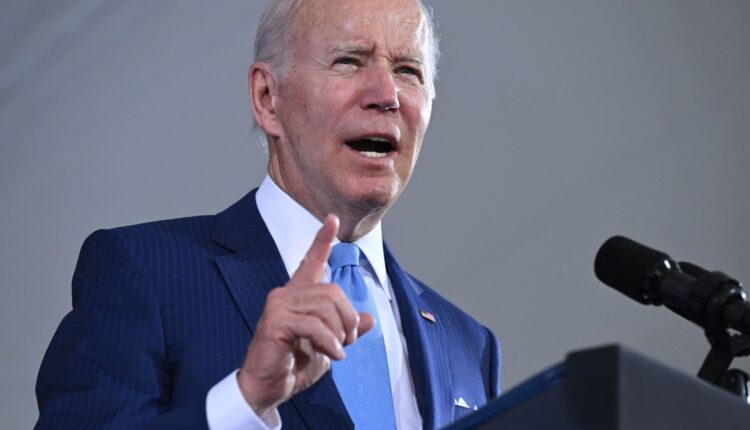 US President Joe Biden speaks at the US Coast Guard (USCG) change of command ceremony at USCG Headquarters in Washington, DC, on June 1, 2022.

President Joe Biden on Thursday will renew calls on Congress to pass new gun restrictions — on the heels of mass shootings that have included killings at a Texas elementary school and an Oklahoma hospital.

Biden is set to address the nation at 7:30 p.m. ET from the White House, which said Biden will make a “call to action” in response to the shootings.

An 18-year-old man entered an elementary school in Uvalde, Texas with an AR-15-style assault rifle last Tuesday, killing 19 students and two teachers before he was killed by law enforcement.

“Where in God’s name is our backbone to have the courage to deal with it and stand up to the [gun] lobbies?” Biden had said right after the massacre.

“It’s time to turn this pain into action.”

On Wednesday, another gunman fatally shot his doctor and three other people in a Tulsa, Oklahoma, hospital – just three hours after purchasing an AR-15-style rifle. The gunman died from what police said appears to be a self-inflicted gunshot wound.

As many as 10 other people may have been wounded in the shootings there.