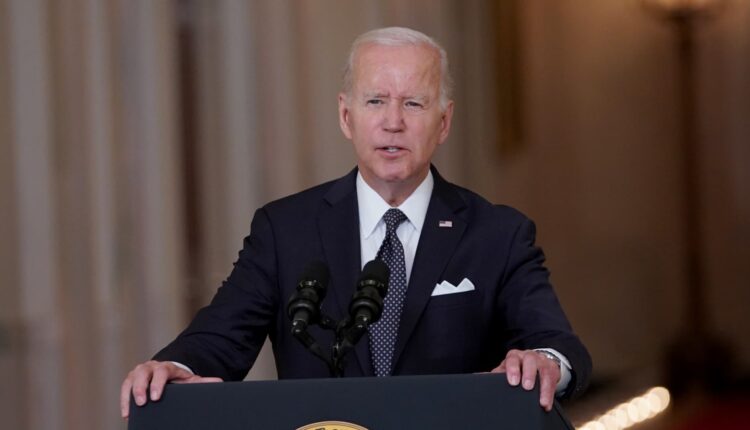 President Joe Biden speaks in the East Room of the White House on June 2, 2022.

The Biden administration is unlikely to announce a decision on student loan forgiveness until later this summer, The Wall Street Journal reported on Monday.

The more than 40 million Americans saddled with student debt have been anxiously awaiting news after President Joe Biden said in May he’d be sharing his plans in the next couple of weeks.

The White House’s announcement on forgiveness is likely to come in July or August, according to The Wall Street Journal.

Most likely causing the delay is intense deliberation — and disagreement — between officials on the political and financial factors of canceling billons of dollars in education debt. There’s no precedent for such a move.

The country’s $1.7 trillion outstanding student loan balance outpaces credit card or auto debt, and a quarter of borrowers were already behind on their payments prior to the pandemic public health crisis.

On the campaign trail, Biden said he was in support of clearing $10,000 from borrowers’ accounts. Doing so would cost around $321 billion and completely forgive the loans of about one-third of student loan borrowers.

Yet there’s concern that such an announcement would cause more frustration and disappointment than anything else. The average education debt balance, after all, is three times that, at around $30,000.

As a result, the Senate’s top Democrat, Chuck Schumer of New York — along with Sen. Elizabeth Warren, D-Mass., and other Democrats — is pushing the president to cancel at least $50,000 for all.

The NAACP has also been vocal about how $10,000 wouldn’t go nearly far enough for Black student loan borrowers. Wisdom Cole, national director of the association’s youth and college division, recently said on Twitter that nixing just $10,000 would be “a slap in the face.”

But no amount of forgiveness would leave all borrowers happy.

Even if $50,000 per borrower was erased, the 3 million-plus borrowers who are more than $100,000 in the red would still be stuck with large balances.

Many Americans are infuriated by the the idea of any student debt forgiveness, including those who never borrowed for their education or went to college. Some Republicans have said they would try to block an effort by the president to cancel the debt.

In the meantime, federal student loan continue to be on pause until at least the end of August, as part of a pandemic-era relief policy that began in March 2020. Data shows nearly all borrowers have stopped making their payments.