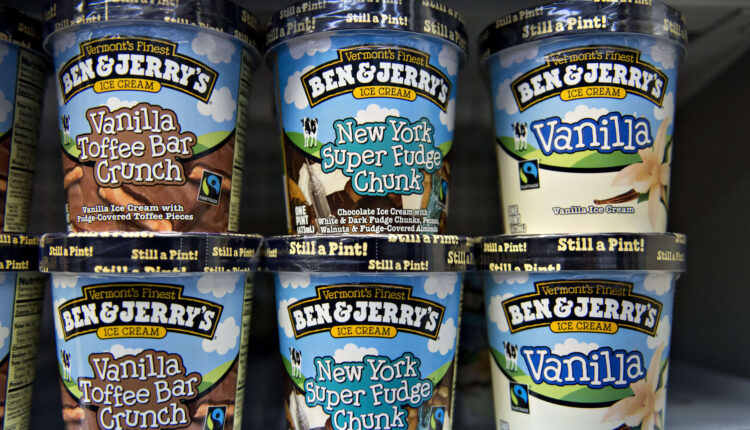 Christopher Miller, the head of global activism at the ice cream company, told CNBC in an interview that the company has called on its 8 million Facebook fans and 515,000 Twitter followers to lobby lawmakers for stronger gun safety laws.

Ben & Jerry’s activism on guns comes as business leaders press Congress for changes to firearm laws following multiple mass shootings, including one that took the lives of 19 children and two teachers at a school in Uvalde, Texas. Billionaire Elon Musk told CNBC he wants “tight” gun background checks. In an open letter published in the Dallas Morning News, other Texas-based business leaders have called for more background checks, red flag laws and to raise the minimum age to purchase a gun to 21.

Ben & Jerry’s was founded by Ben Cohen and Jerry Greenfield in the late 1970s, and is headquartered in Vermont with store locations around the world. Since then, Cohen and Greenfield have been vocal political advocates on a wide range of policies, including gun laws, voting rights and health care. Unilever is their parent company. Financier Nelson Peltz, a Republican backer, recently joined its board.

When “legislation comes to the floor, we will certainly encourage our fans to contact their policymakers to support [gun safety] legislation,” Miller told CNBC in explaining the company’s plans to back the gun proposals being discussed in Congress.

The House of Representatives is set to vote this week on a gun safety bill that lifts the purchasing age for semiautomatic rifles from 18 to 21, limits the size of gun ammunition magazines and provides standards for safe gun storage. Senate Majority Leader Chuck Schumer, D-N.Y., has yet to set a vote on gun safety legislation.

Miller also said the ice cream maker plans to cut ties with vendors who have worked with the firearms industry.

“We’ll make sure moving forward we’re not working with enablers of the industry,” Miller said after being asked about one of its outside law firms, Shook, Hardy & Bacon, that has a large tobacco, alcohol and firearms practice. “I think we certainly will be more thoughtful on the kind of service providers that we work with going forward.”

Representatives for Shook, Hardy & Bacon did not return requests for comment. After reaching out to the law firm about its work for Ben & Jerry’s, sections of its website showing previous work for the Vermont company and details of its larger tobacco, alcohol and firearms practice appeared to have been removed.

Ben & Jerry’s publicly criticized lawmakers for inaction after the deadly shootings in Uvalde and Buffalo.

“This kind of gun violence in America must be stopped. But our leaders are more responsive to the gun lobby than to the grieving families of countless victims. Their inaction to address gun violence is, itself, an action and an act of violence,” the company’s statement said after the Uvalde shooting. The shooting in Buffalo left 10 dead and three wounded.

Ben & Jerry’s called on customers to contact their “congressperson and demand action to stop gun violence,” and encouraged them to ask lawmakers to support a ban on assault-style military weapons and high capacity magazines, according to the statement. The company plans to keep up the lobbying pressure online as bills and solutions are debated in Congress, Miller said.

“We have a digital action platform that allows people to make calls to Capitol Hill. That allows them to send emails to their governors, their state legislators and members of Congress. It allows people to tweet at and post messages on social to their elected officials,” Miller said.

This isn’t the first time that Ben & Jerry’s has gotten political in its fight for stronger gun laws.

The company’s political activism has come with some costs.

After Ben & Jerry’s decided to stop selling ice cream in the Israeli-occupied Palestinian territories, Florida Republican Gov. Ron DeSantis and his administration moved to stop contracting with parent company Unilever and its subsidiaries.

Salman Khan Death Threat: What Did Salman Khan Say On The Question Of Mumbai Police Regarding The Threat? Learn ANN