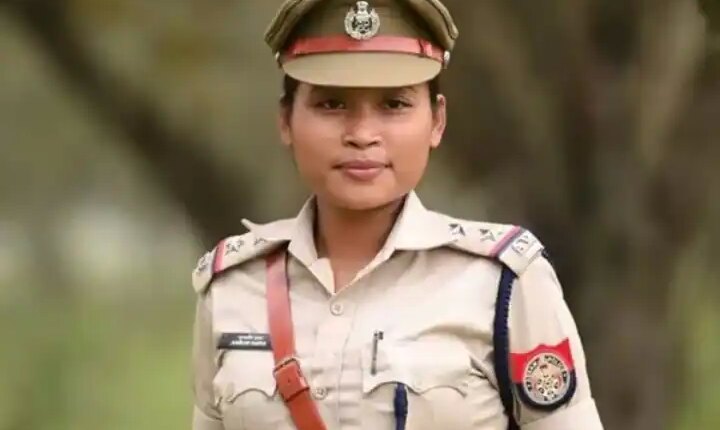 Assam’s Lady Singham In Jail: Lady Singham Junmoni Rabha of Assam, who suddenly came into the limelight by sending her own fiancée to jail, would not have imagined that she too would have to go to jail. On Saturday, June 4, the Assam Police arrested Rabha in a fraud case and sent it to jail.

The interesting thing in the case of Sub-Inspector Junmoni is that the sections under which he had lodged an FIR against his fiancée Rana at the Naugaon police station. They were arrested under sections 170, 406, 419, 420, 468, 471 and 472. Majuli’s police themselves have also arrested them under the same sections. He was arrested under charges of “criminal conspiracy” and “cheating”. Majuli Superintendent of Police Gautam Bora has confirmed the arrest of Sub-Inspector Junmoni Rabha. According to him, Sub-Inspector Junmoni Rabha has been arrested today under several charges. It is not possible to tell so many allegations over the phone. He has been arrested mainly on charges of cheating and cheating. Police have accused Junmoni of “fraudulent” several people along with his fiancée during his posting in Majuli by the sub-inspector.

Jail on charges of contractors

Two contractors Ram Avtar Sharma and Ajit Bora had filed two separate FIRs against Junmoni Rabha’s fiance Rana Pogag. In this, he had accused him of committing financial fraud. These contractors had alleged that Junmoni Rabha had introduced them to Rana Pogag and because of him they had given money to Pogag to get contract works from Oil and Natural Gas Corporation ie ONGC. Majuli police interrogated Rabha on Friday after her name in the FIR and arrested her on Saturday, June 4. It is being told in the police’s allegations that Rana Pogag used to take money from people in Junmoni’s bank accounts. There are allegations of taking 11 lakh 33 thousand rupees in the account of Lady Sub-Inspector of Canada Bank and 9 lakh 14 thousand rupees in an account of Axis Bank.

What is the matter?

Last month, Assam Police sub-inspector Junmoni Rabha arrested her own fiancée Rana Pogag on several charges including cheating. Junmoni and Rana were engaged in October last year and both were to get married in November this year. The clip of the phone debate with Kumar Bhuiyan has also been leaked in the media. In this clip, she was explaining her responsibility to the MLA. In this, the MLA was asking Junmoni not to fall behind the tribals with a boat seized by the police. But Junmoni asked the MLA himself that even being an elected representative, how could he ask the police to “break rules and regulations”?

victim of hatred on social media

After the news of the arrest of Sub-Inspector Junmoni, some people are praising the Assam Police on social media, while some are criticizing Junmoni for taking advantage of the police name. there
While being taken to the court in police custody, Junmoni said in front of the media that a conspiracy has been framed against him.

Assam: How much work was done on the ground in the North Eastern region? What are the main problems? Assam minister Ashok Singhal told