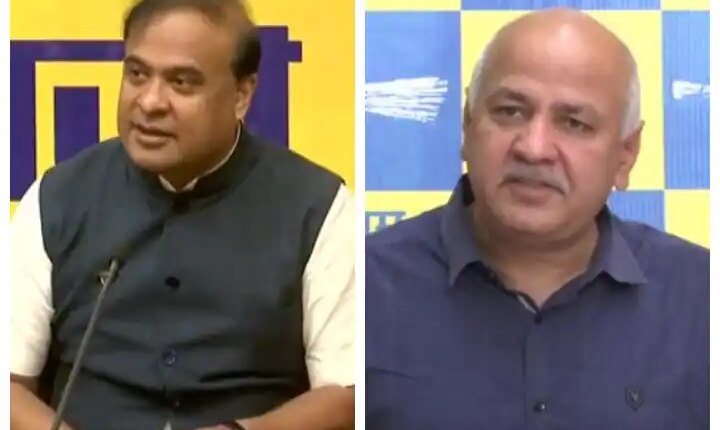 The Chief Minister of Assam said that Assam hardly had any PPE kit when the country was facing a severe corona epidemic. He said that his wife donated hundreds of kits to the government for free during the Corona epidemic. Himanta Biswa Sarma while attacking the Delhi government said that he remembers that Delhi had to wait for 7 days to collect the body of a corona victim from Assam.

Assam Chief Minister Himanta Biswa Sarma tweeted, ‘At a time when the entire country was facing the worst pandemic, Assam hardly has any PPE kit. My wife dared to come forward and donate around 1500 PPE kits free of cost to the government to save lives. He didn’t even take a single penny for it.” He wrote in another tweet that Sisodia stop preaching, you will soon face criminal defamation.

Stop sermonising and I will see you soon in Guwahati as you will face criminal defamation.

Had to wait for 7 days – Himanta Biswa Sarma

Assam CM wrote in another tweet, ‘Manish Sisodia ji, you showed a different look at that time. You ignored my many calls to help the people of Assam stuck in Delhi. I will never forget when I had to wait for 7 days to collect the body of a corona victim from Assam from the morgue in Delhi.

While you Mr Manish Sisodia at that point of time showed a completely different side. You refused my multiple calls to help Assamese people stuck in Delhi. I can never forget one instance when I had to wait 7 days just to get an Assamese covid victim’s body from Delhi’s mortuary.

What is Manish Sisodia’s allegation?

Delhi Deputy CM Manish Sisodia has claimed that Assam CM Himanta Biswa Sarma gave government contracts to the companies of his wife, son’s business partners for the supply of PPE kits in 2020. Himanta Biswa Sarma was the Health Minister in 2020. Meanwhile, tenders were issued to buy PPE Kits. He asked why BJP is silent on this open corruption. Is this a crime or not? Selling a kit of 600 rupees for 990 rupees and 1680 rupees is a scam or not?