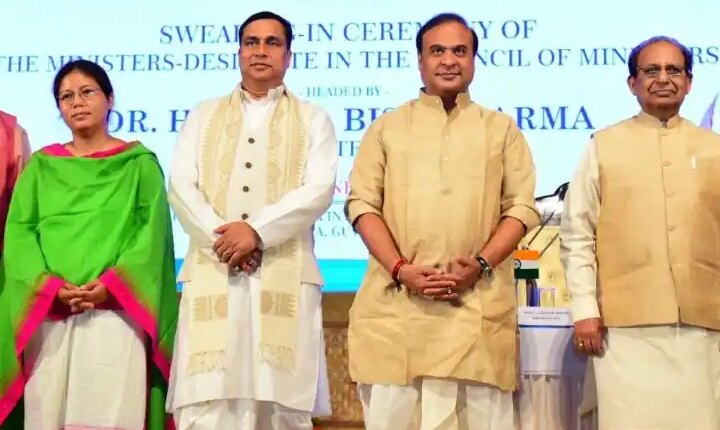 Assam Cabinet Expansion: The cabinet of Himanta Biswa Sarma was expanded in Assam on Thursday. Nandita Garlosa and Jayant Malla Baruah took the oath of office and secrecy in the presence of State Governor Professor Jagdish Mukhi. Chief Minister Himanta Biswa had announced the inclusion of two ministers in his cabinet on Wednesday itself.

Biswa tweeted about the cabinet expansion

On Thursday, June 9, Assam CM Himmat Biswa tweeted and informed about the expansion of his cabinet and the joining of two new cabinet ministers. He tweeted that Nandita Garsola and Jayant Malla Barua took oath as ministers in the impressive presence of Hon’ble Governor Professor Jagdish Mukhi.

In the august presence of Hon Governor Prof @jagdishmukhi I am happy to have attended oath-taking ceremony of Smt @GorlosaNandita & Shri @jayanta_malla as new cabinet ministers.

My best wishes for their contributions to ensure all-round development & public welfare in Assam. pic.twitter.com/I3nUjKxgrE

Congratulations to the new cabinet ministers

CM Sarma congratulated the new faces Nandita Garsola and Jayanta Malla Baruah who joined his cabinet and also congratulated them for contributing in ensuring the complete development and public welfare of Assam.

The information about the expansion of the cabinet of CM Himanta Biswa Sarma was made public on Wednesday itself. He had told that two MLAs would be administered the oath of office. This swearing-in ceremony was also told about being held at Shrimant Sankardev Kalakshetra in Guwahati at around three in the afternoon. However, the Chief Minister did not mention the names of the two MLAs who were going to take oath.