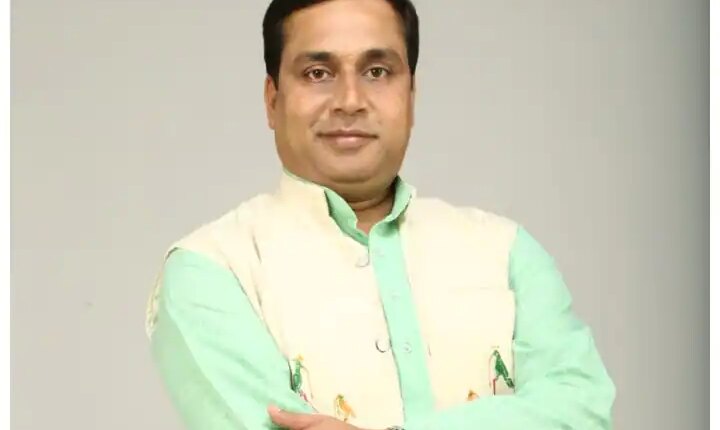 Assam CM Political Secretary Jayanta Mallabaruah on Development: of center Narendra Modi And what work has the state government done for Assam in the last few years? On this, ABP News has spoken to the political advisor to the Chief Minister of Assam and BJP MLA Jayanta Mallabaruah. Malla Barua praised the central government for the development works done in the state. He said that the work that the Modi government has done for Assam in the last 8 years could not be done even under the Congress rule for 50 years.

BJP MLA in Assam said that development work has been done at a rapid pace in many sectors in the state. A lot of development work has been done in the health sector. The people of Assam wanted that they should get good treatment because a large number of people are suffering from cancer and other diseases here. Most of the people have to go to Delhi or Chennai for treatment. With the initiative of the Modi government of the Center, AIIMS is being constructed here at a cost of Rs 1123 crore.

How much development in the health sector in Assam?

What happened to women?

When ABP News asked BJP MLA Jayant Mallabarua what the government has done for women here? On this question, he said that a lot of work has been done in the field of handloom and weaving. The biggest thing that happened is that the people associated with the self-help groups in the village have started doing good work. Employment opportunities have increased for women and their lifestyle has also changed due to the way of earning.

Have employment opportunities increased in Assam?

On the question asked about employment, Jayant Malla Barua said that now gradually employment opportunities are increasing here. He said that earlier private sector companies were less here. Industries had not developed that much, so there was a trend of people going out, but now jobs have started getting in the government sector as well as in the private sector. Many new industries have started. Just look at the triple expansion of Nomaliger Refinery, it has increased three times what it was. So when it will increase then employment opportunities will increase in it.

Promise of 1 lakh jobs in a year

Jayanta Mallabaruah further said that now there are job opportunities in the government sector as well. Our Chief Minister (Assam CM) had said that we will give one lakh jobs in a year. So far, employment has been provided to more than 30,000 people. In the next two to three months, we will meet the target of providing one lakh jobs. On the other hand, Rajat Devra shared his experience and said that in 8 years we have seen that digitization has increased a lot. Due to which corruption has come down significantly. Earlier people from our office used to have many departments like sales tax, VAT which we used to go to all departments. Now these problems have reduced. You can do everything sitting from your home.

Assam: How much work was done on the ground in the North Eastern region? What are the main problems? Assam minister Ashok Singhal told

Explained: The rule of the constitution of BJP under which Nupur Sharma was suspended from the party