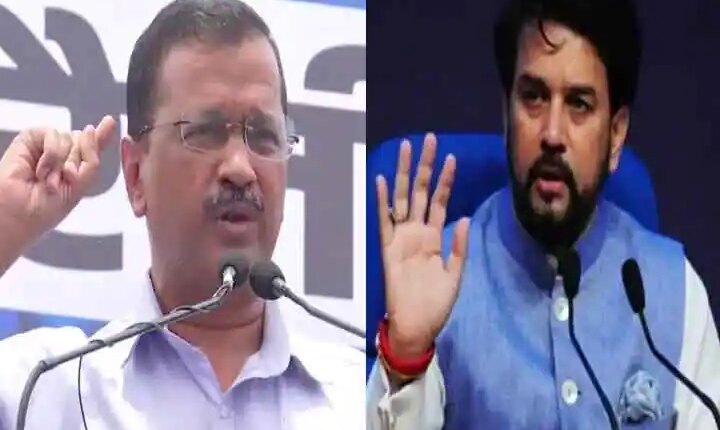 New Delhi: Union Minister Anurag Thakur on Sunday alleged that Delhi Chief Minister Arvind Kejriwal is baking political bread on the issue of Kashmir, while not a word is coming out of his mouth against terrorists and separatists. . Addressing a rally here, Kejriwal claimed that Kashmiri Pandits are being forced to leave the Valley due to incidents of targeted killings in Kashmir.

Kejriwal demanded the Center to present an action plan to prevent such incidents. He said Kashmiri Pandits were being “forced” to leave their homes. He said that what happened in the 1990s is happening again.

The Union Minister said that at a time when the entire country is standing shoulder to shoulder with Jammu and Kashmir, an integral part of India and condemning the terrorist incidents in one voice, Kejriwal’s mouth is a tribute to the terrorists and separatists. Words are not bursting. He alleged, “Whoever raises questions on the valor of the army, joins hands with Khalistanis, anti-national forces for power, with what face will he condemn terrorists.”

‘No one has been able to do as much as BJP has done’
The Union Minister claimed that no government in the country has been able to do as much as the BJP has done for Jammu and Kashmir in these eight years. Terming the recent terror incidents in the union territory as “unfortunate” Thakur claimed that the culprits would not be spared under any circumstances. He said, “Won’t be spared…, as has happened to the earlier ones, they will also be given proper treatment.”