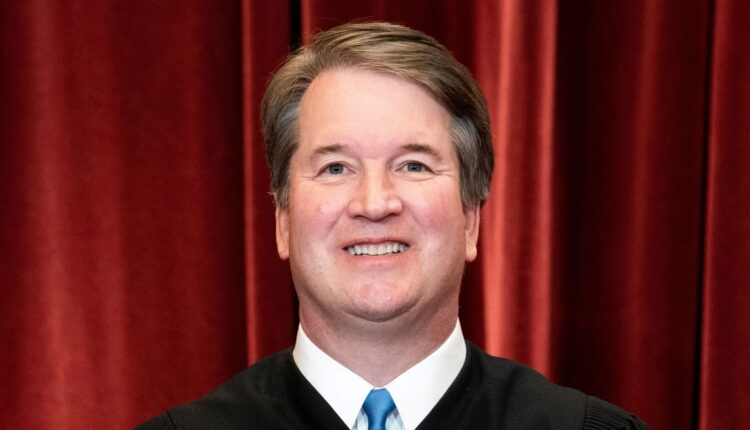 Associate Justice Brett Kavanaugh poses during a group photo of the Justices at the Supreme Court in Washington, April 23, 2021.

A man armed with a handgun, knife and pepper spray was arrested early Tuesday morning by police near the Maryland home of Supreme Court Justice Brett Kavanaugh, authorities said.

The man told police he was there to kill Kavanaugh, who lives in Chevy Chase, just outside of Washington, D.C. according to authorities.

The man is not from Maryland. He arrived near Kavanugh’s home in a taxi. Authorities said he was stopped near the residence, but not at it.

The Supreme Court in a statement said: “At approximately 1:50 a.m. today, a man was arrested near Justice Kavanaugh’s residence. The man was armed and made threats against Justice Kavanaugh. He was transported to Montgomery County Police 2nd District.”

Kavanaugh’s home, like those of other conservative Supreme Court justices, was the site of protests last month after the leak of a majority draft opinion that would overturn the constitutional right to abortion. That draft was written by Justice Samuel Alito, another conservative.