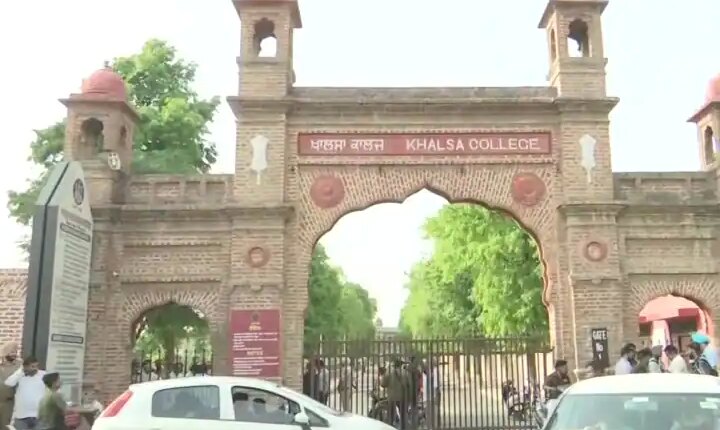 Amritsar Khalsa College Clash Update: Firing also took place during a clash between two groups outside Khalsa College in Amritsar, Punjab. Two people were seriously injured in this clash. The police issued a statement saying that the situation is under control. According to the police, it was a routine crime, not a gang war.

On the other hand, Congress leader Pargat Singh has written by tweeting that a young man Lovepreet has died in the bullets fired in front of Khalsa College, Amritsar, while the other youth Jobanjit is fighting for his life. Bus passengers were robbed at gunpoint in the morning itself. Will CM Bhagwamant Mann take permission from Delhi to handle law and order?

At present, a youth, Lovepreet, has been killed in the bullets fired in front of Khalsa College, Amritsar, while the other youth, Jobanjit, is fighting for his life.
Bus passengers were robbed at gunpoint in the morning itself.@BhagwantMann Will you take permission from Delhi to take care of the law and order? pic.twitter.com/IebrjGa3ic

Pargat Singh has also objected to the incident being described as a routine crime by the police. At the same time, BJP leader Tajinder Pal Singh Bagga has also surrounded the Aam Aadmi Party government regarding the matter. He tweeted, “Firing between two groups in Amritsar’s Khalsa College, the death of 24-year-old Lovepreet Singh, law and order has collapsed in Punjab, but Arvind Kejriwal and Raghav Chadha are telling the police that anti-Kejriwal tweets have been done. Investigate and take action.

read this also- Kushinagar Murder Case: Babar suffered heavy distribution of sweets on BJP’s victory, his own people killed him!

Broadcom, VMware deal good for investors but customers may suffer