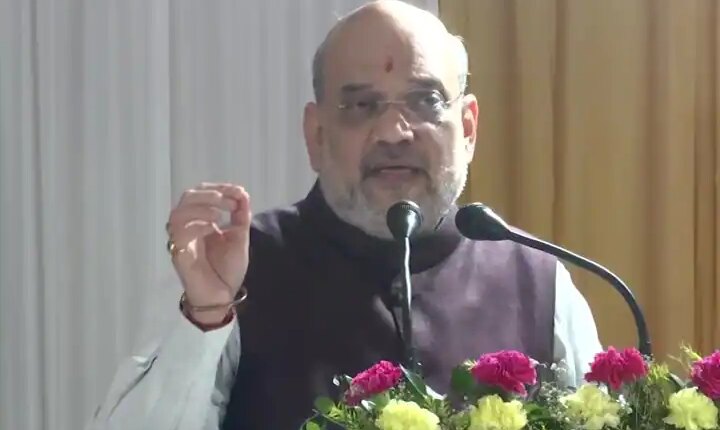 Telangana foundation day: In Telangana, the political battle between the government of Chief Minister K Chandrasekhar Rao (CM KCR) and the BJP is increasing. After the unexpected success in the 2019 Loksabha Election, BJP is continuously attacking KCR’s government. Sensing the pressure of BJP, KCR is also campaigning in favor of opposition unity by roaming around the country. BJP is eyeing the Loksabha Election and Assembly Elections to be held in 2024. In such a situation, Union Home Minister Amit Shah, who attended the Telangana State Foundation Day program organized in Delhi as the chief guest, praised Telangana Chief Minister K Chandrashekhar Rao and his party’s policies. attacked on

He said that the credit for liberating the people of Telangana and Hyderabad from the brutal rule of Nizam goes to Sardar Patel. Amit Shah alleged that the Telangana government led by K Chandrashekhar Rao did not celebrate that big event of liberation from the Nizam as a day till date.

BJP government will be in Telangana

Amit Shah claimed that the BJP government is going to come in Telangana in the coming future. He announced that as soon as the BJP comes to power, the event of liberation from Nizam’s rule will be celebrated as Telangana Liberation Day and Hyderabad Liberation Day. Amit Shah made a big allegation that the Telangana government is not cooperating with the central government in the Amrit Mahotsav program of independence, while it is not a program of any party but it is a tribute to the martyrs and freedom fighters.

PM Narendra Modi does not discriminate with states

Countering Chief Minister K Chandrasekhar Rao’s allegations, Amit Shah said that Prime Minister Narendra Modi never discriminates between states and Telangana is also being fully supported by the central government. Through the data, Amit Shah told that in the last 8 years, adequate help has been given by the central government for the development of Telangana, but the Telangana government is spreading wrong things.

BJP leader G Kishan Reddy, who comes from Telangana, is the Union Culture Minister. Reddy also in his speech accused the Telangana government of giving wrong information and spreading confusion among farmers and people regarding the purchase of paddy. Attacking Chief Minister K Chandrasekhar Rao (CM KCR), Reddy said that while he has visited the Secretariat only occasionally in the last 8 years, the Prime Minister Narendra Modi Till date he has not taken a single day off.

read this also; CM Vijayan bluntly, ‘CAA will not apply in Kerala, no one has the right to decide citizenship on the basis of religion’

read this also; Amit Shah in action regarding the situation in Jammu and Kashmir, the second important meeting on Target Killing today, the Home Ministry may take a big decision