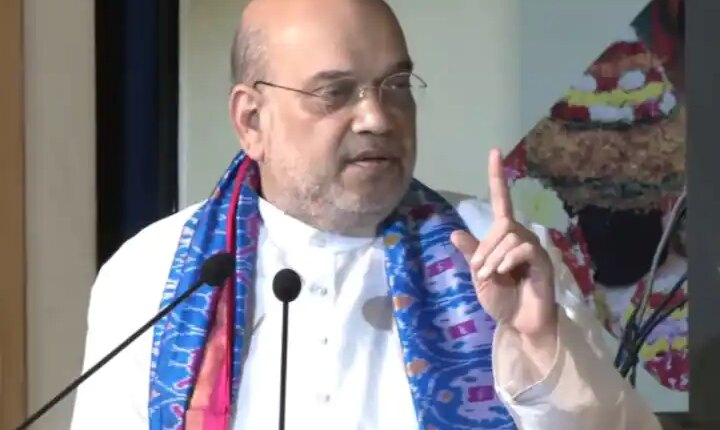 Telangana Formation Day Celebrations: Union Home Minister Amit Shah attended the Telangana Formation Day celebrations organized by the Ministry of Culture. During this, he said that for years Telangana’s youth sacrificed there, those who do not understand India cannot understand the culture of India. I have seen it very closely. Amit Shah said that the establishment of Telangana has a conflicting history. For years the people there fought, sacrificed and on 2nd June 2014 this youngest state of India came into existence. It is necessary to talk about the struggle for the state of Telangana.

Amit Shah said that more than 1200 youths made sacrifices for the formation of Telangana. BJP had always supported the establishment of Telangana state. From 2004 to 2014, this demand was rejected and in 2014, when it was felt that it would not be able to bear the public’s anger, Telangana was formed. When Vajpayee ji created Chhattisgarh, Jharkhand and Uttarakhand, there was not even an iota of fight.

power is about to change in the future

Amit Shah said that today I wish all the people of Telangana that the culture, literature, music, tradition of the state should remain the crown jewel of Mother India for thousands of years. Amit Shah said that we are all indebted to Sardar Patel, who had not been there, the map of the country would not have been like this. The power is going to change in future and we will also celebrate the day of liberation of Hyderabad from Nizam on behalf of Sardar Patel. I’m sorry it hasn’t been celebrated yet.

Amit Shah said that Narendra Modi’s government is at the center. We celebrate the relationship between the Center and the state with utmost seriousness, we have not treated anyone step-motherly. We believe in this formula that only the development of the states can lead to the development of the country. I say again, Modi ji has never discriminated against Telangana. The Chief Minister is requested to speak the truth sometimes.

Amit Shah said that I am sorry to say that the Telangana government is not fully cooperating in celebrating the Amrit Mahotsav program of independence. I want to tell them that the Amrit Mahotsav of Azadi is not a program of any party, but an honor to the martyrs. Telangana’s culture, dance, music, history, food and drink are a matter of pride for the entire Indian culture. There are many such pilgrimages here which are the center of attraction for the whole of India. People from all over the country want to come here to see them.