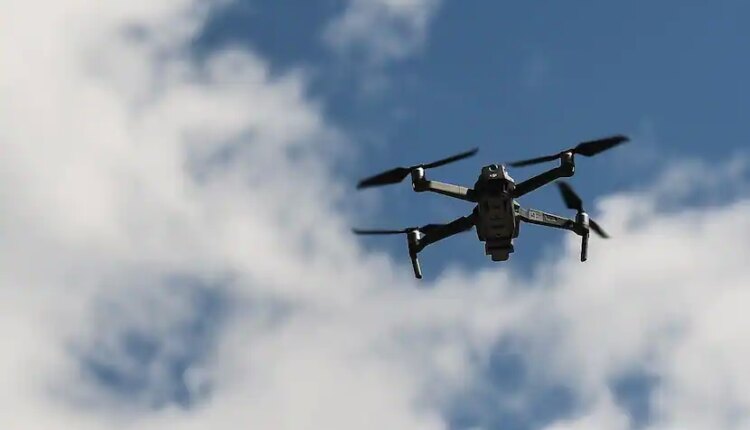 BSF Firing On Drone: BSF fired two rounds after a suspicious drone was sighted in Akhnoor sector of Jammu. The suspected drone was flying about 800 meters in the air. The drone returned after the BSF firing. Even before this, in Kathua district, BFF shot down a drone in which something like a bomb was found. The local people there saw the drone and informed the police after which it was shot down.

The drone found in Kathua district was shot down by the BSF but fired only two rounds in the Akhnoor sector, after which the drone returned. Let us tell you that there are incidents of drones coming from across the border again and again.

These things were found with the drone

SSP Kathua, RC Kotwal said that the team of Rajbagh PS was in general search after getting information about the drone. The drone was shot down and 7 magnetic type bombs IEDs and 7 UBGLs (Under Barrel Grenade Launchers) were recovered. These were found attached to the hexacopter. Bomb squad has reached the spot. The whole matter is being analyzed. We have averted a major incident by recovering this material.

Drones coming again and again from across the border

The police officer said that due to frequent drone movements from across the border, police search teams are being sent regularly to that area. Let us tell you that this incident has happened before the start of the annual pilgrimage to the holy Amarnath cave in South Kashmir Himalayas. Security arrangements have been tightened before this visit. Here from June 30, the 43-day Amarnath Yatra is going to start with two routes.

read this also: Jammu Kashmir: After shooting down a drone carrying magnetic IED, police appeal to people – check before driving