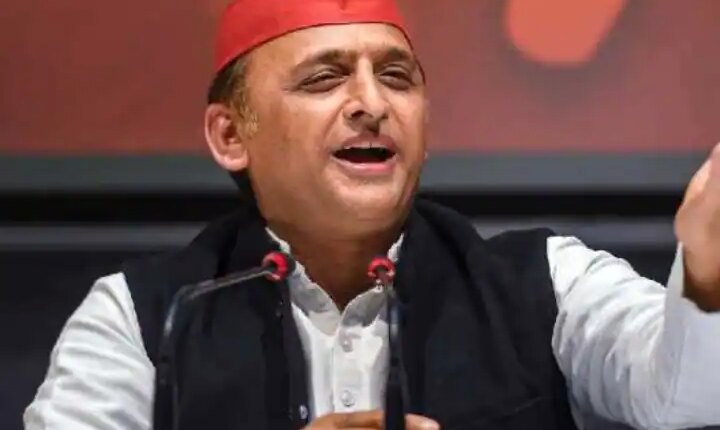 Samajvadi Party Candidate: On the last day of filing nominations for the by-elections to be held on Azamgarh and Rampur Lok Sabha seats in Uttar Pradesh, Samajwadi Party finally declared the names of its candidates. By declaring all the suspense has ended. Party chief Akhilesh Yadav has fielded his cousin Dharmendra Yadav from Azamgarh seat and Asim Raja, a close aide of senior party leader Azam Khan, from Rampur seat. The by-elections to be held on Rampur and Azamgarh parliamentary seats in the state are being seen as a litmus test before the 2024 elections (2024 Loksabha Elections). In both these parliamentary seats, Yadav and Muslim voters decide victory and defeat. Due to which the question is now being asked whether Akhilesh Yadav will be able to repeat the result of 2019 Loksabha Elections again? Because this time there is a direct confrontation of Samajwadi Party with Bharatiya Janata Party (BJP) in both these seats.

Samajwadi Party leaders also have the same opinion. According to these leaders, Akhilesh Yadav is trapped in his toughest political struggle till date. For the first time, he had to give a lot of respect to the party leaders in deciding the names of the candidates for the parliamentary seats of Azamgarh and Rampur. Only then can the names of the candidates be finalized, that too on the last day of nomination. For this reason the party worker has not become active yet.

Rampur is considered to be Azam Khan’s stronghold while Azamgarh has been occupied by Mulayam family. Now posters of BJP candidates have been put up in both these areas and BJP is in the process of ‘feeding lotus’ in both these seats. At the same time, the SP does not want to let it get out of its hands under any circumstances. That is why the Samajwadi Party has played the ‘Yadav’ card in Azamgarh and the Muslim bet in Rampur. Akhilesh Yadav wants to maintain his supremacy in both the parliamentary seats, so he has played the Yadav-Muslim equation. But will he be able to repeat the result of 2019? Congress is not contesting these two parliamentary seats. And BSP Chief Mayawati has already given a walkover to Azam Khan by announcing not to field her candidate in Rampur seat. BSP has fielded Shah Alam alias Guddu Jamali in the electoral fray of Azamgarh. Now it is to be seen how Akhilesh Yadav presents his political claim in Azamgarh and Rampur.

Akhilesh Yadav will not want to lose both the seats

At present, BJP has exposed its intention to break into Azam Khan’s camp by fielding Ghanshyam Lodhi, who was close to Azam. Now the Samajwadi Party has a challenge to save both its seats. Along with this, BJP has declared a candidate for the Yadav vote bank by fielding Bhojpuri star Dinesh Lal Yadav ‘Nirahua’ from Azamgarh. In the 2019 Loksabha Elections also, Dinesh Lal Yadav contested against Akhilesh Yadav. This seat is considered the traditional seat of the Samajwadi Party. From Mulayam Singh Yadav to Akhilesh Yadav, there have been MPs from this seat. The Samajwadi Party does not want to lose this seat at any cost, due to which the party has made Dharmendra Yadav its candidate after a lot of brainstorming and deliberation so that the party’s winning streak can be maintained. . By fielding Dharmendra Yadav from this seat, Akhilesh is trying to maintain his political supremacy this time with the help of the Yadav-Muslim equation. Now it remains to be seen how Akhilesh competes with BSP and BJP on this seat.

read this also: Rampur By-Election: Why Asim Raja got SP ticket instead of Tanzeem Fatima? Azam Khan himself gave the answer