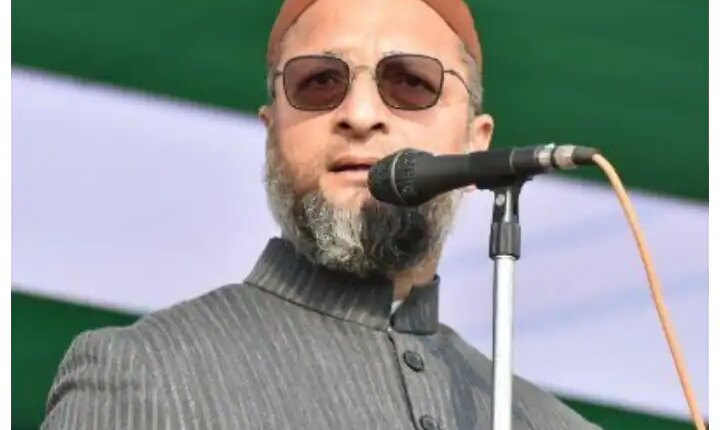 Asaduddin Owaisi On Rajasthan Election: Asaduddin Owaisi, the national president of All India Majlis-e-Ittehadul Muslimeen, has spoken of fighting with full force in the upcoming assembly elections in Rajasthan. During the press conference in Jaipur on Tuesday, he said that the AIMIM party will participate with full force in the coming assembly elections. How many seats we will fight will also be told soon. The alliance will be discussed, but we will strengthen our organization first. After that the decision will be taken at the right time.

He further said that there are two forms of a coin, there will be no alliance with Congress nor with BJP. This fight is not of PM and CM, the fight is not of my power, you have to fight to make your leadership. We have 5 MLAs in Bihar, 2 MLAs in Maharashtra. You are limiting me to Muslims only. Peace is necessary, the responsibility of peace rests with the government. Asaduddin Owaisi said that Sachin Pilot had gone to Delhi after asking me. If the Congress party does such things, it will lose its power, will it not? Whatever the situation in Rajasthan, you did not get anyone from Rajasthan whom you could have sent to the Rajya Sabha.

What did Asaduddin Owaisi say on the Gyanvapi case?

During this, he said on the Gyanvapi case that why the Congress party remains dumb. 1991 Act You can’t do anything on that. The videos that are being played in the media are making a big mistake. I do not believe in the video, it can also be edited. Even if the video is true, then the act is also the act. Who is leaking the video. They kill Jain on the basis of suspicion. On the killings in Kashmir, he said that whose government is, who appoints the governor. The responsibility lies with the Modi government.

Asaduddin Owaisi further said that we are against the Uniform Civil Code. The beauty of this country is the diversity of India. There is unemployment in the country, Modi ji has put everyone to work, take a hammer and dig it. On the basis of doubt, you kill a Muslim. Why are you not running the scheme of modernization of madrasas? He asked the BJP from where to read Rajaram Mohan Roy. How much do you hate Islam and Muslims?