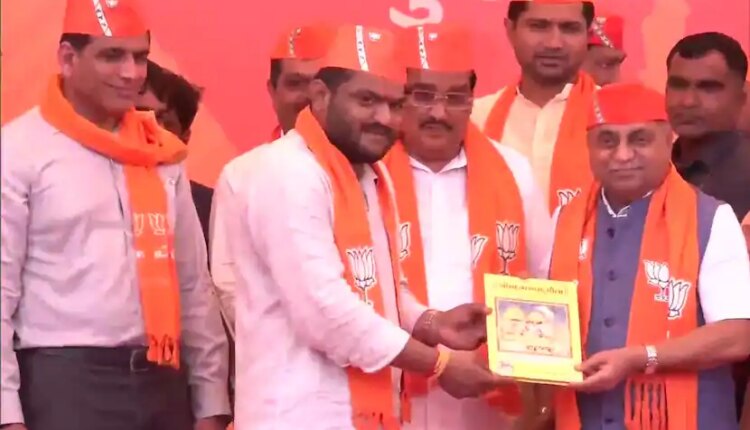 Hardik Patel, a former Congress leader and once a staunch critic of BJP, joined BJP today. Hardik Patel joined the party in the presence of BJP state president CR Patil in Ahmedabad. Patel has joined the party at a time when the Gujarat Assembly elections are due later this year. BJP has been in power in the state for more than two decades. After joining the party, Hardik Patel called Prime Minister Narendra Modi the pride of the country.

Will work as a small soldier – Hardik Patel

Hardik Patel said, “Prime Minister for moving ahead in this noble work of national interest, state interest, public interest and social interest. Narendra Modi I am starting a new chapter to work as a small soldier in the work of national service that is going on under the leadership of Mr. laid. I left Congress also asking for work and in BJP also I am joining the definition of working. Weak people worry about location. Strong people never worry about location.

Resigned from Congress on May 18

Let us inform that before the assembly elections in Gujarat, giving a big blow to the Congress, state working president Hardik Patel had announced his resignation from the party on May 18. Hardik Patel had alleged that Congress is not interested in Gujarat, it is only opposing policies and programmes. The party is not becoming the alternative that people are looking for. The party failed to work in the national interest and for the society.

It is worth noting that Hardik Patel had joined the Congress in 2019 and was later made the working president of the state unit. Elections are going to be held in Gujarat in the next few months.