Activist group gets two new members on WisdomTree’s board. Here’s what could be next 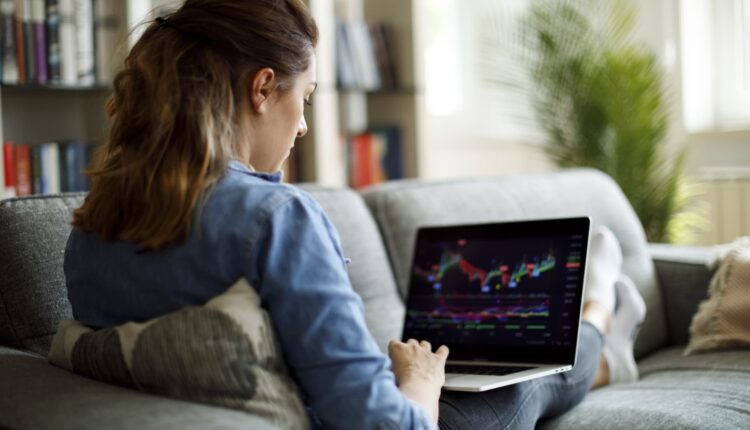 Business: WisdomTree is a New York-based asset manager and a sponsor of exchange-traded funds and exchange-traded products. The company is split into two main divisions: U.S. and European. The U.S. division is predominantly focused on equities and has between $40 billion to $45 billion in assets under management. The European arm has between $25 billion to $28 billion in AUM and is majority-focused on commodity-related products

Lion Point is a concentrated credit and equity hedge fund co-founded by Didric Cederholm, formerly of Elliott Associates. The fund pursues strategic and operational activism, nominates directors and takes board seats when necessary, but it will generally refrain from ultra-confrontational activism. Cristiano Amoruso, formerly of Starboard Value, joined Lion Point in 2015 and leads this investment. ETFS Capital, founded by Graham Tuckwell in 2004, became one of the largest ETF firms in Europe. In 2018, ETFS Capital sold its European exchange-traded commodity, currency and short-and-leveraged business to WisdomTree for $253 million of cash and stock. In connection with the transaction, Tuckwell was subject to a three-year standstill which expired in April 2021.

On May 25, Lion Point Capital and ETFS Capital Limited and WisdomTree entered into a cooperation agreement pursuant to which the company agreed to: (i) appoint Lynn S. Blake and Deborah A. Fuhr as independent members of the board, (ii) appoint Blake to the compensation committee and appoint Fuhr to the nominating and governance committee; (iii) form a four-member operations and strategy committee, which the new directors will be appointed to, that will make formal recommendations to the board on matters. These include (a) operational improvement opportunities, (b) company strategy and (c) if the operations committee so determines, management changes. This also includes proposing an amendment at the 2022 annual meeting to declassify the board.

WisdomTree is a pure-play ETF provider. It has generally had a first-to-market advantage in many of its products, so it has not been subject to the same level of fee compression that has been plaguing the overall ETF industry. Despite this, they have underperformed the S&P 500 by -24.46%, -80.08% and -125.22% over the past 1, 3 and 5 years, respectively and the Dow Jones Asset Managers Index by over 60%. Lion Point and ETFS Capital believe this underperformance results from an inefficient management culture that led to the departures of several senior executives and board members due to “cultural problems,” a bloated cost structure, poor capital allocation and a lack of robust board oversight and challenge. Lion Point and ETFS Capital make some very good points with respect to the cost structure.

Despite having gross margins in excess of 80%, compared to 50% to 55% for peers, the company’s operating profit margins are 29%, compared to peers who are in the 35% to 40% range. There are opportunities to cut costs by renegotiating WisdomTree’s outsourced fund management and administration contracts now that their assets are much larger and have greater economies of scale. A board with more industry experience could also better advise management on strategic and capital allocation transactions potentially preventing missteps like the company’s failed expansions in Canada and Japan and its investment in software platform, AdvisorEngine, which has almost entirely been written off already. Lion Point and ETFS Capital believe the solution here is a reconstituted board of experienced directors that will replace the CEO and hold new management accountable in running the company more efficiently.

Lion Point and ETFS Capital attempted multiple times to initiate private conversations with the board to provide constructive and practical assistance. They have also proposed things like adding a single stockholder-appointed director to the board or replacing directors who have served on the board for 15 years or more with stockholder-identified directors who have relevant ETF experience – a deeply critical skillset the current board is sorely missing. Not only has WisdomTree rebuffed Lion Point and ETFS Capital’s outreach, but the chairman responded that “the board does not look for directors with any ETF expertise as that is what management does. Having an ETF background is not a criteria when looking for directors.” In this day and age, just having a staggered board is strong evidence of an entrenched board. This board also has 4 out of 7 directors with tenures of at least 13 years: Chairman Frank Salerno has a 17-year tenure, and Jonathan Steinberg has served as CEO and a director for 34 years. Moreover, their lack of response to a large shareholder further demonstrates entrenchment.

Having 2 out of 9 board seats may not be enough to change WisdomTree’s culture or replace the CEO, but it will send a strong message to the rest of the board and management. If this message is not strong enough to get the board to act unilaterally, Lion Point and ETFS Capital will have to wait one more year until they can get two more seats. More importantly, both Salerno and Steinberg are up for re-election in 2023. During the next year, Salerno and Steinberg will be operating with the Sword of Damocles hanging over their heads, and they will face significant pressure to turn things around or seriously consider the suggestions of Lion Point and the two new directors.