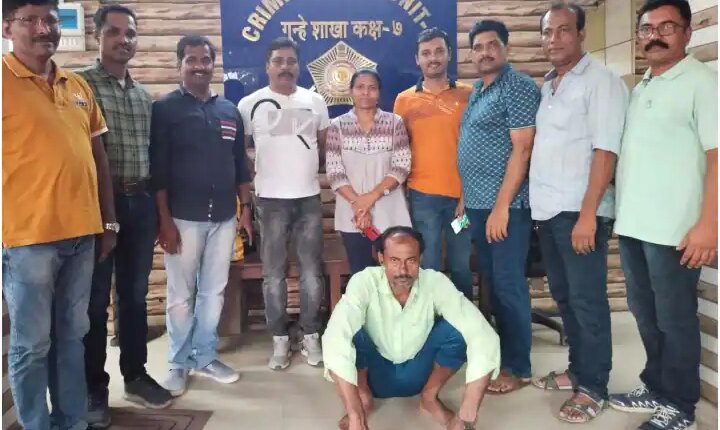 West Bengal Double Murder Accused Arrested: Unit-7 of the Crime Branch of Mumbai Police has arrested a man who strangled his 10-year-old son and 12-year-old daughter to death. A Crime Branch official said that the arrested accused’s name is Khudabaksha Imran Sheikh, who had killed both his children on 26th last month in Murshidabad area of ​​West Bengal.

Police said that there used to be frequent fights between the accused Khudabaksh and his wife and due to this quarrel, Khudabaksh used to beat his wife a lot. On the 26th of last month, there was a fight again between the two as usual and this time their children had to bear the brunt of their quarrel. The accused Khudabaksha was so angry that he strangled both his children to death, the officer said. The deceased children included the couple’s son Aleem, aged 10, and 12-year-old daughter Reena.

After murder he came to Mumbai and hid

After carrying out the crime, the accused fled from there to Mumbai and hid here. West Bengal Police got information about this. After which he contacted Mumbai Police. After this, Crime Branch Unit-7 chief Priya Thorat formed the team. In which other officers including PI Sudhir Jadhav, PSI Ramdas Kadam, PSI Swapnil Kale were included.

After this, PSI Ramdas Kadam did technical analysis to find out the location of the accused Khudabaksh and then the rest of the members searched for him at many places in Mulund area. Then a suspect was taken into custody by laying a trap. After answering the question, it was confirmed to the police that he is the only person who committed double murder in West Bengal. The Mumbai Crime Branch then handed over the accused to the West Bengal Police for further action. The police had registered a case against the accused under sections 302, and 498(A) of the IPC.