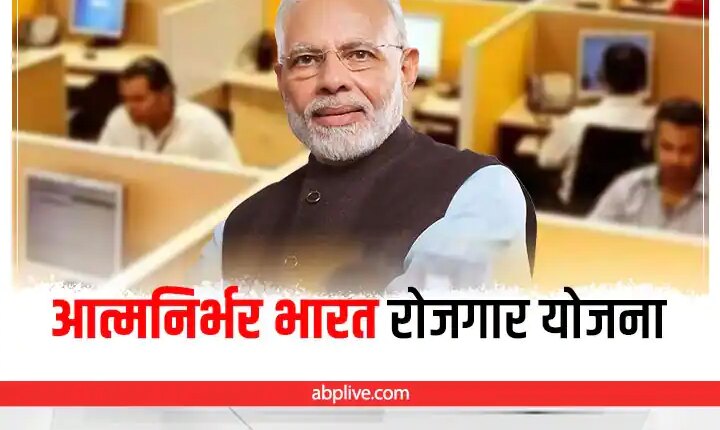 Atmanirbhar Bharat Rozgar Yojana: Atmanirbhar Bharat Rojgar Yojana is a very ambitious scheme of the Modi government. Under this scheme lakhs of people of the country get help in getting employment. For this, the government arranges many opportunities. According to the data released by the government, so far 58.76 lakh people of the country have received financial assistance of Rs 4,920.67 crore. Let us tell you that this figure is till 30 April 2022.

Let us tell you that the government started this scheme during Corona Pandemic. Millions of people of the country lost their jobs during the Corona epidemic. Along with this, lockdown was being imposed in the country for a long time. In such a situation, in order to help you to get employment opportunities for the people, the government had started the self-reliant India Employment Scheme.

59 lakh people got help through the scheme
Let us tell you that the Employees’ Provident Fund Organization has given information about this by tweeting from its official Twitter handle that till April 30, 2022, the government has helped a total of 58.76 lakh people through this scheme. A total of Rs 4,920.67 crore has been spent by the government in this. Some 1,47,335 institutions have been included in this.

Government deposits money in EPFO ​​through scheme
Let us tell you that under the self-reliant India Employment Scheme, 12 percent of the company is given by the government in the EFPO of people who get salary less than Rs 15,000. But, to take advantage of this scheme, the company must be registered with EPFO. Along with this, at least more than 50 employees work in the company. This will facilitate the companies to give new jobs to the employees.

Aadhaar Card: Follow these tips to keep Aadhaar data safe, there will be no problem later

Rupee-Dollar: The rise in crude, the historical fall in the rupee due to the selling of investors, the rupee at the level of 77.81 against a dollar for the first time.