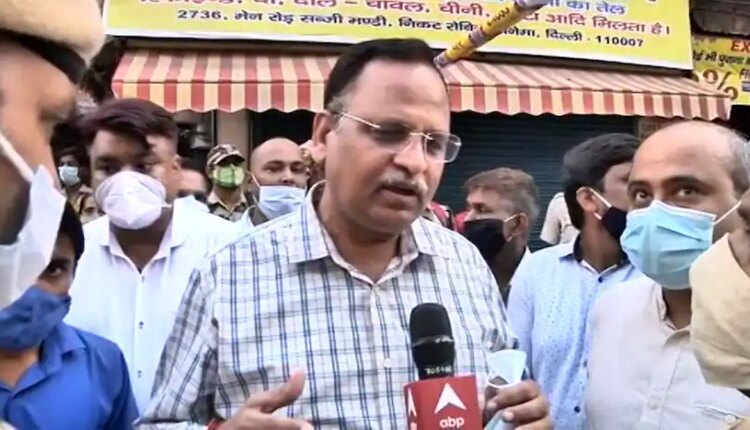 Money Laundering Case: The custody period of Delhi Health Minister Satyendra Jain has been extended for another 5 days in the money laundering case. ED officials produced Satyendra Jain in the Raj Avenue Court and sought further custody for 5 days. In the court, the ED official said that during the raid, we have recovered many things about which Satyendra Jain is yet to be interrogated.

ABP News has an exclusive conversation with Rishikesh Kumar, who is included in the panel of lawyers of Satyendra Jain on this matter. In this conversation, he has said that this whole case is wrong. He said that we have filed the bail application, which is to be heard on Monday.

On increasing the remand of Satyendra Jain

We had said earlier also that this whole case is wrong, earlier had sought remand for 9 days, today it was sought for 5 days, but after hearing both the sides, the remand has been extended for 4 days. We have moved the bell application, it will be heard on Monday. The ED said in the court that we have to ask him many things. The court also extended the remand thinking that tomorrow these people should not say that we did not get time.

ED said Satyendra Jain is not cooperating in interrogation

Fully cooperating. Whenever called, we have gone. What would be more support for it?

After the recovery from close relatives of Satyendra Jain, what is happening against the case?

They don’t have any proof. There is no relation with the close ones from whom the seizures have taken place. When the court asked for the documents of recovery, it could not show that it is only on the basis of statement. These people first issue the press release and are giving information in the court today. Trying to create atmosphere.

On deteriorating health of Satyendra Jain

The ED team has taken it. The health had deteriorated in the court itself, it had worsened while leaving. If it gets worse, then we will keep this matter in front of the court. He is facing a lot of health related problems since covid, which has increased during this period.