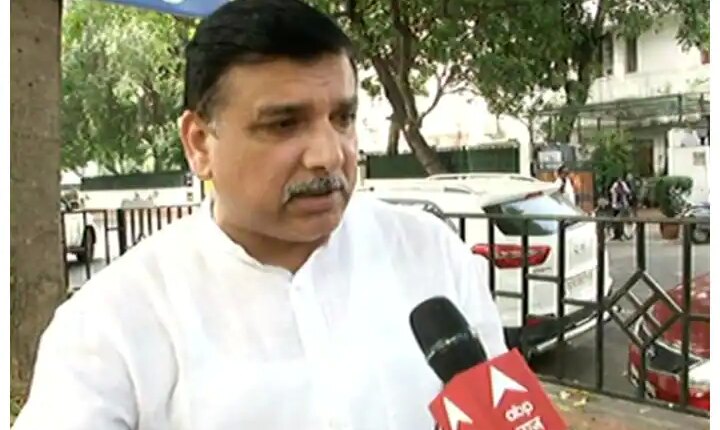 AAP leader MP Sanjay said that BJP has been doing this in the past as well. CBI raided the Chief Minister’s office. CBI raided the Deputy CM’s house. They keep doing this kind of thing. It took 8 years to arrest Satyendra Jain. BJP is getting the work done through puppet agencies. People like Lalit Modi, Vijay Mallya are sitting outside and they are not being arrested.

Sanjay Singh claimed that there are false and baseless allegations against Satyendra Jain. Soon milk will become milk and water will become water. In Punjab, you get the health minister to act on your own and send him to jail, when the matter comes to light in Delhi, why do you allege false arrest? On this question, Sanjay Singh said that this matter is sponsored by BJP. There is an election in Himachal so this is being done. He said that in Delhi, CM Arvind Kejriwal himself had dismissed a minister. This is a false case.

Sanjay Singh further said that whose national president has been caught taking money on camera, who has been supporting the rapists in the Hathras case and even eats the donation of Ram temple, what are they telling us now. They had arrested 34 of our MLAs. What happened? Everyone came for a discount. Couldn’t sue anyone. They keep on acting like this.

On allegations of corruption by BJP MP Parvesh Verma, Sanjay Singh said that BJP is a party earning crores by selling coriander. It is a party stealing funds. They see corruption everywhere. There is only corruption in their mind. What will the party do next in this matter? On this question, he said that he will fight through the court. Delhi Health Minister Satyendra Jain will come out soon. Soon milk will become milk and water will become water. Apart from this, on the question asked on the murder case of Sidhu Moosawala, he said that the Punjab government is working on it very fast and sensitively.

Money Laundering Case: Satyendra Jain, trapped in his bank account, could not give the account of money to the investigating agencies during interrogation

Sidhu Moose Wala Murder: Moosewala was to be married next month, was engaged to this girl living in Canada