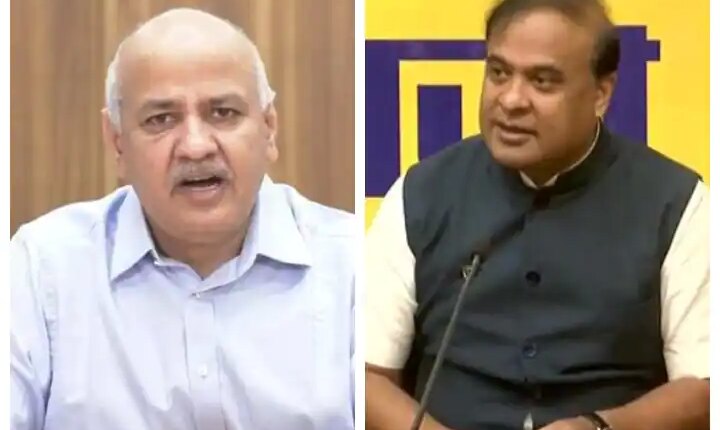 Himanta Biswa Sarma was the Health Minister in 2020. Meanwhile, tenders were issued to buy PPE Kits. Delhi Deputy CM Manish Sisodia alleged that there was a scam in the tender to buy PPE kits. Assam CM Himanta Biswa Sarma’s wife’s company is JCB Industries. To this, the government had given contracts to supply PPE kits, while that company had nothing to do with the medical field.

Manish Sisodia said that during Corona then the Assam government was buying PPE kits from other companies for Rs 600, but his wife was given a contract to purchase Rs 990 per kit. Himanta Biswa Sarma’s wife’s company is JCB Industries, which had nothing to do with the medical field. Himanta Biswa Sarma also awarded contracts to his son’s business partner at Rs 990 per kit.

Himanta Biswa Sarma gave contracts to the companies of wife and son?

Sisodia further said that it is interesting that the company of wife and son’s partner did not supply. But again gave him a new contract, for Rs 1680 and said that supply the kit to Assam Bhawan. I question BJP workers why is BJP silent on open corruption. Are you arresting or not? Is this a crime or not? Selling a kit of 600 rupees for 990 rupees and 1680 rupees is a scam or not.

Why is BJP openly silent on corruption? – Sisodia

Manish Sisodia said that another company is in it. Agile Associates, a company owned by his wife’s partner, was awarded the contracts. This contract was given on the basis of 2200 per kit. I want to question BJP that why is BJP silent on this open corruption of its CM? BJP should tell whether this is corruption or not, if it is then why not arresting?

Along with this, Delhi Deputy CM Manish Sisodia said that getting Mohalla clinics or schools built is not corruption but giving government contracts to any minister to his family members and acquaintances is corruption. Significantly, Himanta Biswa Sarma was earlier a part of the Congress party. In 2016, he joined BJP. Himanta Biswa Sarma was appointed as the Chief Minister of Assam after the 2021 Assam Assembly elections.

How companies are shifting their office spend to lure workers back