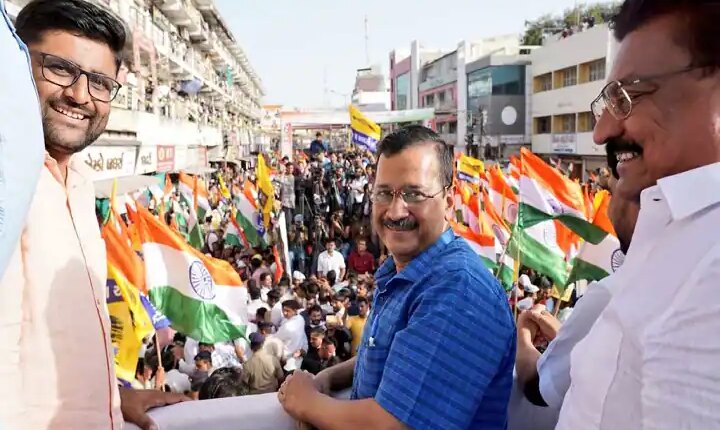 Gujarat Assembly Election: Keeping in view the upcoming Gujarat Assembly Elections, the Aam Aadmi Party has dissolved all the organizations. The party has announced the dissolution of all the organizations in Gujarat. In Gujarat, all organizations have been dissolved except the chief of the Aam Aadmi Party, Gopal Italia. This includes all organisations, wing and media team. The party has taken this decision regarding the preparations for the upcoming assembly elections. Now the party can soon announce a new organization.

It is being told that now the Aam Aadmi Party will now set up a completely new organization for the Gujarat Assembly elections. The party has given its full strength regarding the elections in Gujarat and AAP’s convener Arvind Kejriwal is visiting Gujarat continuously. Recently, Kejriwal had reached Mehsana where he took part in the tricolor yatra.

Soon there will be new appointments

If a senior party leader is to be believed, a large number of leaders and workers have joined the Aam Aadmi Party in the last days, in such a situation, to give them a place in the organization and to prepare a strong strategy before the assembly elections, the district president has to be changed. . Aam Aadmi Party will make new appointments on about 50 posts including 33 district presidents of Gujarat. These include the posts of State Vice President, State General Secretary, State Secretary, District President and State Spokesperson, Media Incharge etc.

Leaders with credibility among the public can be involved

It is believed that the Aam Aadmi Party wants to reorganize the organization and include some such leaders, who have credibility among the public and who can be presented as a party face. The Aam Aadmi Party has not won any seat in the Gujarat Assembly elections so far, but this time it hopes that it will be able to get the votes of people who are angry and disappointed with the Congress. The party has started preparations to contest all the 182 assembly seats in the state.

read this also: Gujarat Election: CM Kejriwal took out the tricolor yatra in Mehsana, Said – Gujarat is asking for change