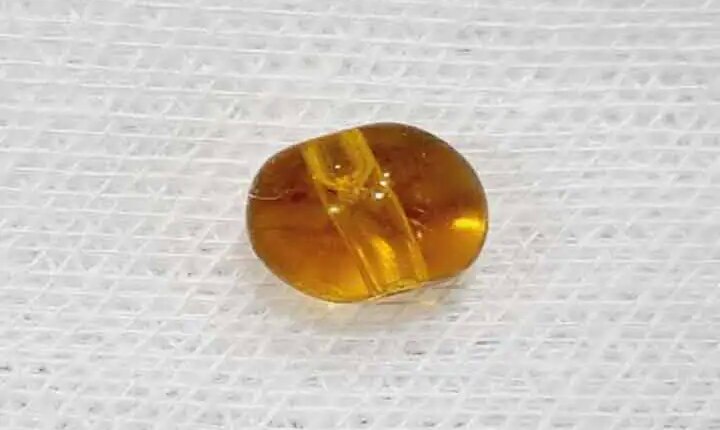 Kochi (Kerala): A piece of necklace stuck in the left lung of a one-year-old child was successfully removed by a team of doctors at a private hospital in Kochi on Tuesday. . Natives of Pattimattam, Perumbavoor, Binshad and Fatima noticed a severe cough in their one-year-old child. They immediately took him to a nearby hospital, where X-rays of the child’s lungs were taken. The X-ray revealed the presence of a foreign body in the child’s lungs. The hospital referred him to another private hospital in Kochi. However, due to complications, the child was referred to another hospital, from where he reached Amrita Hospitals.

A team of doctors led by Dr. Tinku Joseph, Chief Interventional Pulmonologist successfully removed a trapped necklace bead from the upper lobe of the left lung by a rigorous bronchoscopy procedure.

‘Process lasted about 30 minutes’
Dr. Tinku Joseph said, “The impacted foreign matter was the cause of repeated chest infections from which the child was suffering.” “The procedure lasted for about 30 minutes and the child was discharged from the hospital within 24 hours of the procedure,” he said. “Removal of foreign matter was a difficult task,” he said.

In this case, this external material was made of plastic and round-shaped glass. This type of foreign matter is difficult due to its anatomical location and lack of efficient equipment to remove the aspirated object. ,

The child accidentally took out a necklace piece!
It is believed that the child may have accidentally swallowed it while playing. However, the child’s parents were unaware of how this happened. Recently, the Department of Interventional Pulmonology, Amrita Hospitals has successfully completed 1,000 rigorous bronchoscopic procedures. Rigid bronchoscopy is a procedure used to diagnose and treat various complex airway disorders.

Delhi Heatwave: In many states including Delhi, there is no relief from the scorching heat for the next three days, IMD issued an orange alert

Bengaluru Airport Gets Robots: 10 robots deployed at Bengaluru airport will help passengers in this way

These IPO babies have been thrown out with the bathwater, says BofA