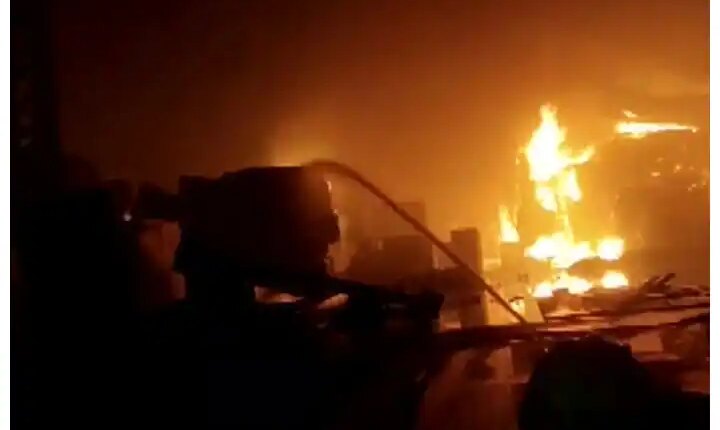 Andhra Pradesh News: A fire broke out at a shipping company’s warehouse in Visakhapatnam, Andhra Pradesh on Wednesday evening. Information is being received that seven people were injured in this accident. These injured injured in the fire have been sent to a nearby hospital for treatment, where their treatment is going on.

Inspector of New Port Police Station, Ramu said that seven people got injured in the incident and shifted to the nearby hospital. (01.06) pic.twitter.com/tYupR4ylIG

It is being told that the warehouse of Shravan Shipping Company is located near Gangavaram Port Road from Pedagantyada in Visakhapatnam. If sources are to be believed, a huge amount of chemical was stored in the godown. The fire in the warehouse took a formidable form. A fire brigade team reached the spot on information about the fire.

The fire brigade team tried to control the fire with great effort, but the fire in the chemical store was not taking the name of extinguishing. According to the information received, the condition of four of the seven people who were scorched in the fire is said to be critical.

Singer KK Passes Away: Tomorrow will be the last rites of the magician of music, the body was brought to Mumbai