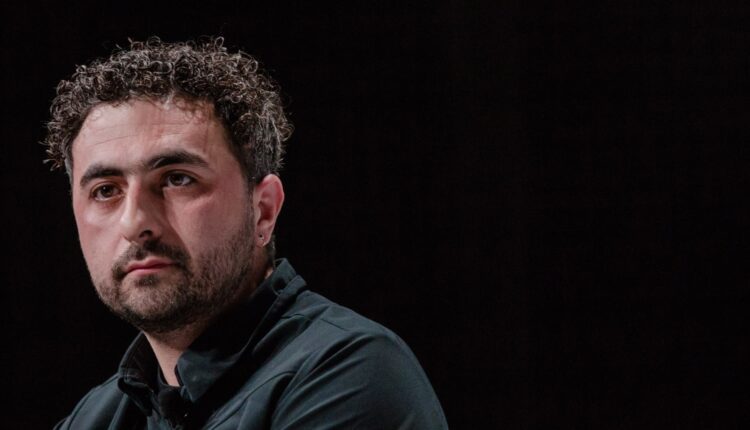 Artificial intelligence gurus are quitting top jobs at companies like Google, Meta, OpenAI and DeepMind and joining a new breed of start-ups that want to take AI to the next level, according to people familiar with the matter and LinkedIn analysis.

Their hiring efforts are being fueled by venture capital firms and billionaires keen to cash in on any success they have. Collectively, these firms have raised over $1 billion and they’re using these vast war chests to poach talented individuals who command high salaries from their previous employers.

The start-ups are building their products and services with a relatively new “architecture,” which is a set of rules and methods that’s used to describe the functionality, organization and implementation of a computer system.

The new architecture — developed by a team of Google staff in 2017 and now available for anyone to use — is known as a “transformer.”

The transformer allows AI systems to be scaled in ways that had never been considered before, meaning it’s possible to make them far more powerful and capable.

“When you started scaling up these models, the capabilities just grew in a way that I think no one predicted,” Cohere CEO Aidan Gomez told CNBC. “It was like a total shock.”

OpenAI’s GPT-3 and Dalle-E, Google’s Bert, and DeepMind’s AlphaFold and AlphaStar are all examples of breakthrough AI systems that are underpinned by a transformer.

Launched in March, Inflection AI has already raised over $225 million despite having fewer than 10 employees, according to LinkedIn.

Headquartered in California, the company’s aim is to develop AI software products that make it easier for humans to communicate with computers.

It is led by DeepMind co-founder Mustafa Suleyman, who recently left his VP of AI product management and AI policy role at Google. LinkedIn billionaire Reid Hoffman and former DeepMind researcher Karen Simonyan are the other co-founders.

Suleyman has already hired several of his former colleagues.

More recently, Rewon Child, a former Google Brain and OpenAI researcher, joined Inflection as a member of technical staff. Inflection has also hired Maarten Bosma, who was previously a research engineer at Google.

Meta and Google did not respond to a CNBC request for comment.

One of Inflection’s best-known investors is Greylock Partners, a renowned venture capital firm in Silicon Valley that made early bets on the likes of Facebook (now Meta) and Airbnb. Hoffman and Suleyman are partners at the firm.

On a call with CNBC in March, Suleyman said: “If you think about the history of computing, we have always been trying to reduce the complexity of our ideas in order to communicate them to a machine.”

He added: “Even when we write a search query, we’re simplifying, we’re reducing or we’re writing in shorthand so that the search engine can understand what we want.”

When humans want to control a computer, they need to learn a programming language in order to provide instructions, he added, or use a mouse to navigate and engage with things on the screen. “All of these are ways we simplify our ideas and reduce their complexity and in some ways their creativity and their uniqueness in order to get a machine to do something,” Suleyman said.

The British entrepreneur claimed a new suite of technologies that Inflection will aim to develop will eventually enable anyone to speak to a computer in plain language. It’s unclear at this stage who Inflection will sell its products to, at what price, and when.

Inflection is competing for talent with Cohere, which was founded in Toronto in 2019 by Aidan Gomez, Ivan Zhang and Nick Frosst.

Cohere, which has raised around $170 million from the likes of Index Ventures and Tiger Global, wants to create an interface that allows software developers to use complicated AI technology on their apps.

This AI technology, known as natural language processing, or NLP, should allow developers to deploy new features and services into their software products.

“We want to build that toolkit that’s accessible to any dev,” CEO Gomez told CNBC on a call.

AI luminaries and DeepMind alums Ed Grefenstette and Phil Blunsom are among the latest AI scientists to join Cohere, with the duo announcing last month that they’ve joined the firm.

Grefenstette is Cohere’s head of machine learning and Blunsom is the company’s chief scientist.

They’ll also be responsible for helping to set up a new Cohere office in London, which has become a hotbed for AI talent over the last decade. Indeed, DeepMind now employs over a thousand people in the city, many of them PhDs.

They’ll likely be able to scout out promising potential recruits from two of the U.K.’s leading universities. Grefenstette is an honorary professor at UCL, while Blunsom is a professor at Oxford.

Another firm making waves is Anthropic, which is led by OpenAI’s former VP of research Dario Amodei.

Anthropic describes itself as an AI safety and research company. It says that it wants to build “reliable interpretable, and steerable AI systems.”

Amodei set up the firm with help from several other ex-OpenAI employees, including Jack Clark, Tom Brown, Sam McCandlish and his sister Daniela Amodei.

It launched in 2021 and announced it had secured $124 million from a cohort of investors including Skype co-founder Jaan Tallinn and former Google CEO Eric Schmidt.

In April, the company announced it raised another $580 million, and according to LinkedIn, it now has 41 staff.

Another AI start-up that’s been built by some heavy hitters in the field of machine learning is Adept AI Labs.

The San Francisco-based company, which is just a few months old and has raised $65 million, is on a mission to build general intelligence that enables humans to work together creatively.

It wants to create a sort of AI assistant that workers can collaborate with to solve almost anything together. While this tool will initially be productivity-focused, the firm hopes that everyone will be able to use its AI technology in the medium term.

Diseases suppressed during Covid are back